Russia and Ukraine are using ideology tactical over each other's 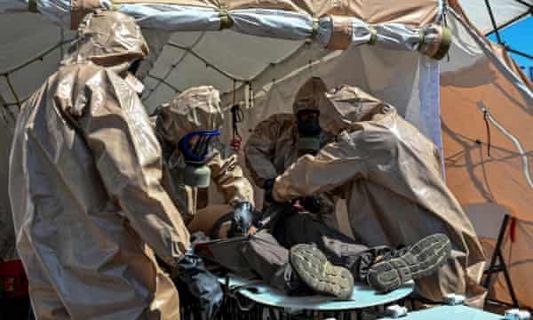 Russia has denied its powers had weighty weapons sent at the Zaporizhzhia atomic plant, blaming Ukraine for stirring up the discharge in front of an UN visit to the district.

Kyiv was setting up a "incitement" during secretary general António Guterres' stop that would see Moscow "blamed for making a man-made catastrophe at the plane," its guard service said.

"Russian soldiers have no weighty weapons either on the domain of the station or in the areas around it. There are just gatekeeper units," an assertion read.