I will smash usyk, says Joshua 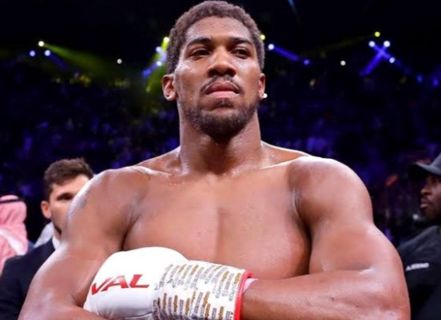 Anthony Joshua has promised to reintroduce aggression into his boxing when he faces Oleksandr Usyk in their title rematch on Saturday, according to The PUNCH.

Joshua admitted that when they fought in September, his mindset was to outbox his opponents, whoever they were, and that he is now completely focused on "smashing."

He also admitted that a high-intensity, destructive approach had played a role in many of his early successes.

"I was an amateur for three and a half years and accomplished a lot, and I wondered how?" It wasn't because I was outclassed in terms of skill and experience by many of my competitors on the world stage, but because of my aggression," he explained.

"That determination could not be denied. Then, as you gain more experience, you try to become a more well-rounded athlete. But, in the end, you can't take your eyes off the factor that got you here, which is your aggressiveness."

In that form, Joshua will now resurrect his former self for his fight with Usyk this weekend.