State of human cerebrum has scarcely changed in beyond 160,000 years 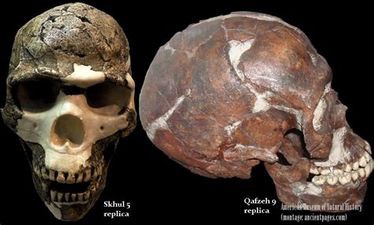 State of human cerebrum has scarcely changed in beyond 160,000 years

An examination of fossils proposes changes looking like the braincase during human development were connected to modifications in the face, as opposed to changes in the actual cerebrum.

The actual change of the human skull throughout the course of recent years was most likely determined by modifications in the face coming about because of diet and way of life changes, not from the development of the actual mind as recently suspected, a review has found.

The skull, or braincase, of early current people going back 200,000 years isn't entirely different in size from those today, yet has an essentially unique shape, proposing that the cerebrum has become rounder over the long haul.

The main speculation is that adjustments of conduct, for example, the advancement of apparatuses and workmanship, made the state of the Homo sapiens cerebrum change and, thus, the skull that safeguards it.

In any case, fossil proof is scant and there are many communicating powers having an effect on everything. It is basic for a skull with a huge face to house an enormous cerebrum, for instance, however a little face entangles matters.

To research the causes behind the change of the braincase, Christoph Zollikofer at the University of Zurich in Switzerland and his associates carefully reestablished the skulls of 50 hominins recuperated in Ethiopia and Israel, including H. sapiens as well as Homo erectus and Neanderthal examples for examination. The 3D models of the fossils were then contrasted and 125 present day human examples.

Contrasting the braincases of early present day human youngsters with grown-ups interestingly permitted the scientists to disengage the mind's part in the advancement of the skull.

The group was astounded to track down that while the size and extents of the skulls of H. sapiens kids from quite a while back were to a great extent practically identical to youngsters today, the grown-ups appeared to be surprisingly unique to those of current grown-ups, with significantly longer faces and more articulated highlights.

Human faces keep on developing until the time of around 20, however the mind stretches around 95% of its grown-up size by age 6.

On the off chance that the fossil youngsters - with close to completely created cerebrums - look like living ones, yet fossil grown-ups had altogether different skulls, we can preclude that minds have changed fundamentally in shape, says Zollikofer. "Also, in the event that it's not the cerebrum driving this change, we should search for something different, similar to breathing, eating or moving."

The specialists warily guess that adjustments of diet or a decreased requirement for oxygen might have been dependable.

Faces in present day people are far more modest, with subtler space, than those of their progenitors. Concentrates on show that this change sped up when tracker finders became agriculturalists close to a long time back and ate gentler food varieties, most likely because of less stacking on the skull from biting.

The creators are all in all correct to stay careful in their speculations, says Chris Stringer at the Natural History Museum in London.

There is little proof of significant dietary changes between the Middle and Late Stone Age when these progressions happened, he says. Of the numerous potential causes, a decrease in oxygen admission could be more probable as people have created more modest ribcages and have less lung limit.