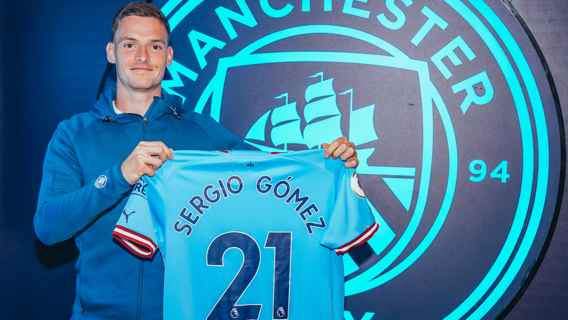 Manchester City on Tuesday affirmed the marking of Spanish left-back Sergio Gomez from Anderlecht on a four-year bargain for a revealed charge of £11 million ($13 million).

The Under-21 worldwide turns into the Premier League champions' fourth marking of the exchange window following the appearances of Erling Haaland, Kalvin Phillips and Stefan Ortega Moreno.

"City are the best group in England and in Pep Guardiola I get an opportunity to learn and foster under the most remarkable supervisor in world football," said the 21-year-old, who was beforehand a Barcelona youth player.

"To have the option to be essential for this club is a little glimpse of heaven for myself and something any youthful player would strive for."

"We're certain that he will carry extra quality to our crew both in safeguard and going ahead and that he will just proceed to create and further develop playing under Pep and his mentors," he said.

Guardiola last week affirmed the approaching appearance of Gomez, excusing the idea he would be conveyed on advance this season.