TRIBUTE TO THE TOLLGATE LEGENDARIES 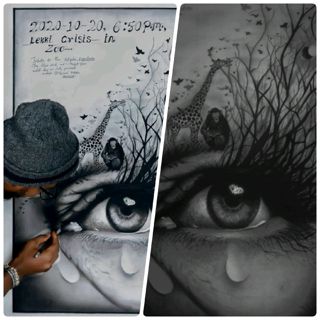 A TRIBUTE/AN ENTREATY TO THE TOLLGATE LEGENDARIES

The dark bloody Tuesday (Lekki crisis). An Ignominy without a total reconciliation, is one of the most sympathetic violation of the foundermental human rights in a society. The youths where not just massacred, but the champions where destroyed. The consequences of the past will always impose a threat to the future. And here it goes in summary............

The evening of 20 October 2020, at around 6:50 p.m., individuals from the Nigerian Army started shooting at unarmed End SARS dissidents at the Lekki cost entryway in Lagos State, Nigeria.[2] Amnesty International expressed that something like 12 dissenters were killed, while eye witnesses and survivals proved that many actually lost their live during the shooting.[3] A day after the episode, on 21 October, the legislative head of Lagos State, Babajide Sanwo-olu, at first prevented reports from getting any deficiency of lives, yet later conceded in a meeting with a CNN writer that "main two people were killed".

I learnt that champions are treasures that are full of wisdoms, encouragement, provision, love, guidance & empathy. Hence, champions of today are to be considered as the future leaders. unfortunately, it was quite distressing & vexatious to comprehend the undignified act of the Oct. 20th, 2020. (6:50pm) which I termed '' the unjustified lekki crisis '' among the youths. This was one of the precarious scenario that happened at lekki, lagos state Nigeria in our time, having experienced some sort of animalistic & subversive behaviors among our leaders which I wouldn't want to accept. I would always say, '' the carpet has taken much it could bear. Let's always say no to injustice. Article written by Victor Ezeani, A tribute/an entreaty to injustice. May their souls rest in peace until they are fully Justified. Dear frds & lovers of justice, tks for the appreciated Truth as u click and like. can also get more informations about this sympathetic incidents through Google search on your web browser.