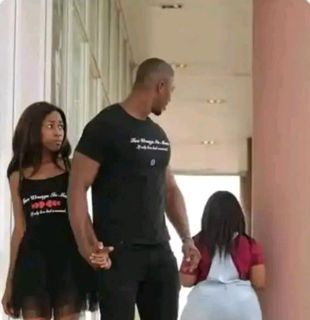 I once had a roommate who was a casanova. Well, maybe he still is, I don't know. But if there is a better adjective to amplify his obsession for the opposite sex, then he would easily fit in that crown. Dude was the heartthrob for ladies, and despite the fact that he was neither rich nor attractive, ladies didn't fail to stick around him like swarm of flies on a piece of cookie.

My affiliation with Jude started in my second year in college at the time of my direst need of an accommodation. Those days, i was heavily in debt and was indeed cash strapped. and having made several contacts with a host of my other friends for a possibility of staying with them, my hopes were dashed. They would come up with one flimsy excuse or another to wad off my interest. Jude soon learnt of my problem and decided step in, he was indeed the messiah I needed.

He accepted the little cash I had with him, even though it was nowhere close to half the cost of his rent and I moved in with him the following day. The day I moved in, I met a number of ladies clustered in his room. Though the room was spacious enough, I literally lost count of them. They were mostly his lodgemates and a couple of friends from the next lodge. It seemed like he was hosting a kind of meeting or they were celebrating a feat or something.

I had brushed off any negative thought as regards what I witnessed owning to the fact that Jude was a single guy and of course it was his life and choice. But this practice continued the following day and even the next. Not even the cause of my presence was potent enough to break that tradition. Sometimes, some of the girls would pass the night at his place and were always fond of feasting on the little food we had stored up.

Jude's love for women was unmatched, he was in a league of his own.

One day, Jude told me of his plan to travel. According to him, there was a family dispute back home and his presence was greatly needed. He told me he would be spending a week or more, depending on how swift they were able to resolve the dispute.

I was in high spirits upon learning of his travel plans but didn't show it. At least I will have my privacy again as his numerous girlfriends will no longer come perching around. Jude traveled a day later as promised and I heaved a sign of great relief.

A day after Jude's travel, I had returned from school only to meet my door open. I knew Jude wasn't back and kept wondering who else must have had a spare of our key apart from Jude and i, I went in eventually only to meet the presence of a lady inside. A dark, chubby lady whom I presumed would be in her early thirties.

"Who are you, and how did you get in here?" I demanded

She tossed me a cold stare and smirked.

"I should be asking you that, mister" came her response

"Oh! so Jude still went ahead to get a roommate despite my several warnings" She began to whine "No problem, he will come back and meet me here"

At this juncture, I realized she was only a piece of Jude's 'bunch of women', maybe the main piece. I didn't utter any more words so as not to arouse the brewing tension in her but instead turned to attend to other businesses of the day. I reached for my pot and to my dismay discovered the beans I had left for lunch was gone. I knew who had eaten it, but chose not to make a fuss about it.

Later that day, I was lying on the bed and was equally seeing a movie with my phone when I suddenly dozed off, only to wake up a couple of hours later to find myself sprawled on the floor. It was past midnight and the room was dark. I managed to search for my phone around the floor but couldn't lay my hands on it. I got up immediately and with the aid of the phone's light was lucky to trace and find it helplessly trapped between the bed and the body of Jude's girlfriend.

After i had successfully rescued my phone from her body grip, i put on the torchlight and discovered she had occupied every space in the bed which had utimately led to my being relegated to the floor. I also discovered my phone's screen was badly cracked, no thanks to her heavy weight body.

I couldn't sleep any longer, instead unbolted the door and walked out of the room. I made my way in the dark up to the corridor of the lodge, sat down on the bare floor and began to weep.