Fulham's Promotion in the EPL

Fulham was a football club in the england championships,but they were promoted and is now playing in the EpL today.Their first match was against Liverpool one of he best team in the EPL,but fuham managed to withstand Liverpool's formation an endd with a draw of 2-2.This weekend,they are playing against Wolverhampton away.Since Fulham has already played with Liverpool and fulltime a draw, I think that they will beat Wolverhampton in their second game. 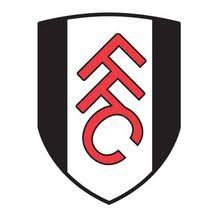