Read About Top 5 directors in Telugu cinema With HYD7AM.com

Hyd7am provides latest trending news based on your interests. With categories that include everything, The news on this website specifically looks at technology and its role in the tourism, meetings and incentives, Movies and hospitality industries. 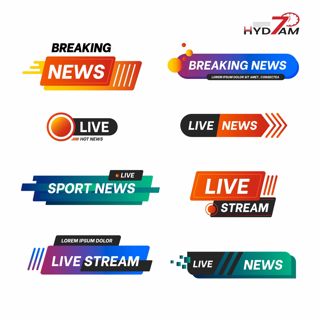 Tollywood News: I think you’re very well aware of Telugu cinema, Telugu movies, Telugu best actors, the best actress even the upcoming best actors and actresses, Telugu youngest actors and actresses, and even about the south Indian best dishes to the best travel places. Generally, we appreciate the movies right, but the efforts of the directors behind the movie, who made these amazing movies which we are appreciating more above that. Besides that, the directors, producers, and writers have put a lot of effort to make the movie successful. Here I am listing out the top directors of the South Indian cinema who gives us amazing movies of the decade.

S.S Rajamouli- his full name is Koduri Srisaila Sri Rajamouli, he is professionally known as S. S. Rajamouli a famous Telugu film industry director. Movies like Magadheera, Eega, RRR, and Bahubali are some of his major hit movies. He has 3 National Film Awards, 4 Filmfare Awards in the South, and 5 Nandi Awards. Then, he was honored with the Padma Shri, India's fourth-highest civilian honor, for his contributions to the field of Art in 2016.

Sukumar- Sukumar is a famous Tollywood director and producer. His major biggest hits are Rangasthalam, 100%Love, and Nanaku prematho. Amazing thing is, that he dedicates all of his movies to his parents. You know, Sukumar has worked for over 6 years as a Physics and mathematics lecturer in the college before starting his career in the film industry.

Trivikram- his full name is Akella Naga Srinivasa Sarma but professionally or commonly known as Trivikram Srinivas, a Telugu film director, who has given the industry some major hits such as A Aa, Attarintiki Daredi, and Julayi. He is popularly known among the Telugu audience as Maatala Maantrikudu which means wizard of words.

Koratala Siva- is an Indian Telugu film director and screenwriter who made the movies such as Mirchi (2013), Srimanthudu (2015), Janatha Garage (2016), Bharat Ane Nenu (2018), and Acharya (2022). For his works, he has received two Nandi Awards and an IIFA Utsavam Award. Before entering the film industry, he was working in an information technology company as a software engineer.

Boyapati Srinivas- he is commonly known as Boyapati Srinu or Boyapati Sreenu. Is an Indian film director and screenwriter. He started his career in the film industry in the year 2005 with his first debut directorial movie Bhadra, which starred Meera Jasmine, Ravi Teja, and Prakash Raj. Then his second film Tulasi in 2010.

To read more about Latest Telugu Cinema News visit HYD7AM.com. Hyd7am is a leading online news portal that brings the latest top breaking news from Tollywood and other film industries.