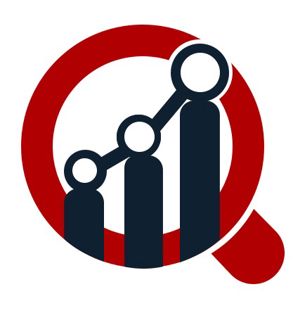 According to Market Research Future, the global silicon on insulator (SOI) market has been segmented based on type, wafer size, technology, application, vertical, and region.

Increasing consumption of consumer electronics has attributed to the growth of the SOI market across the globe. Also, the concerns regarding minimizing silicon wastage by wafer manufacturers and fabrication companies have fueled the market growth. However, these wafers are susceptible to high-pressure conditions which challenge the manufacturers to develop robust and efficient components.

Based on type, the market has been segmented into fully depleted silicon on insulator (FD-SOI), partially depleted silicon on insulator (PD-SOI), power-SOI, and others. FD-SOI is expected to dominate the global market and is expected to dominate throughout the forecast period whereas, PD-SOI is expected to witness the fastest growth during the forecast period. FD-SOI is a planar process technology that delivers the benefits of reduced silicon geometries and simplifies the manufacturing process.

By wafer size, the market has been bifurcated into less than or equal to 200mm and 201mm and above.

Based on technology, the market has been segmented into bonding SOI, layer transfer SOI, and Smart Cut. Bonding SOI technology is used for applications that favor no implantation since the process minimizes the damage done to the substrate surface. Layer transfer SOI is highly preferred for the fabrications of SOI wafers since it can precisely control the thickness of the oxide layer. The SmartCut technology combines the repeatability of layer transfer SOI with the flexibility of bonding SOI, thus, providing different oxide film thicknesses and maintaining a high uniformity across different wafers.

By application, the market has been segmented into MEMS, power supplies, optical communication, image sensing, and others. Silicon wafers are primarily used for manufacturing MEMS. Thus, the buyers highly focus on the performance, cost, and size of these wafers. This encourages the manufacturers to fabricate wafers for compact devices with high performance at lower manufacturing costs.

Based on vertical, the market has been segmented into consumer electronics, automotive, IT & telecommunication, aerospace & defense, industrial, and others.

By region, the market has been segmented into North America, Europe, Asia-Pacific, and the rest of the world. The Asia-Pacific region has dominated the global market in 2019 and is expected to maintain its dominance throughout the forecast period. The region is known as a manufacturing hub for semiconductor devices and has also witnessed major adoption of smartphones and other portable devices by consumers. These factors have contributed to the growth of the SOI market in this region.