THE ANXIETY OF LIFE

As a human being, we are oblivious that life itself has a challenges confronting us. The drastic steps are not taken yet we keep pursuing the shadow of life. Read, and learn and put into action and our life will change positively afterwards. 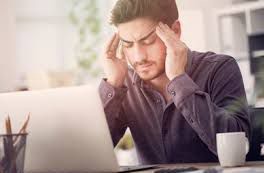 I couldnt drop pen when I think of how world itself had posses threat to we human, had it been we all know what this world entails when we were in our mother's womb we wont dare to peep in less alone of coming.

Nothing could be compared with childhood, what do we know than to eat and to bed wet after we have been through a tedious and streneous activities. Mum will be shouting, dad will be calling, everyday is like Christmas, we all taught life is a bed of rosy.

It even funny enough that we engaged in a combat with our colleagues who trying to outshine us when talking of age, who knows that adulthood itself is enough to be scared of?

Poverty wages it war on its citizens, Govt whose song was change get to the position and forget all their promises and we keep clamouring for change again and again as if electing them will make any difference. Little did we understand that, the adulthood itself that we fail to prepare for when we begin to grow, fighting over age had now making us to be susceptible to cataclysmic.

As these were not enough, owning to the fact that we are now battling with unprepared havocs, we now making it to trend that adulthood is a scam, from which research did we come to this? Instead of contemplating on how to make money even when we sleep, to make all these responsibilities looks like who had been caught after commiting an offense. No one could tell us this, the only place we get it right was when we aren't come to this world...You are educated, good but are the resources around us evenly distributed? Are we all highly connected? Even without expecting any answer from us we all know that the country we found ourself worsens it all.

If we fail to begin to nurse this simple truth that, we can't excape from these challenges and responsibilities of life, not even when we are no more because the greatest challenge also awaits us again after this life and that it's judgement. So why should we engage in what could not make us to be freed from the greatest challenges that await after life.

Undoubtedly, at our late 40th we give up being called an adult because we now know that we need heavy make up to cover our wrinkles and men need money to maintain this glowing skins..The age that we were fighting about then, when we are to buckle up, we will now wishing to become young again, This really saddens my heart. Is there a way that we are different from a kid who is staring at his shadow surprisingly? Instead of us to engage in a great battle with the anxiety of life when we were fighting over age.

Some will even be looking at those born with silver spoon as if they are not guilty of these. Let ask ourselves these questions, if they are not also found categorically in this mess. Why must they also strive to attain more greater position? I'm not disputing the facts that they enjoy luxuries of life, yes they do but this isn't enough for us to add to the challenges that await us after life.

I keep telling people that, there is nothing that could be funny enough when judgement day finally set in, because many will see whom they claimed that, they are their role model being tormenting by this great challenges and nothing could safe them then if we cannot understand simple meaning of life now that we shouldn't because someone is making it out there and sell out our life to Satan.

To crown it all, only God alone, I recapitulate, only God alone can be satiated not even we human being, I pray that we won't end up in the grave while chasing the anxiety of life.