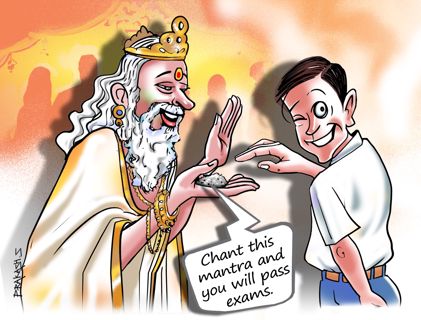 Baraka was a slave girl living in the African village of Mafe Dove. It was a superstitious village where only nobles had the right to give birth to children and slaves were considered too disabled to bear children. While doing this, Baraka met a boy Maljar. The boy had come from Ghana to check out this strange superstitious village. It was a village where slaves were prohibited from giving birth to children as well as fulfilling their sexual desires. In such a situation, Baraka surrenders her existence and feelings to Maljar within a couple of meetings and she remains very silent after Maljar returns to Ghana because of the fear that if anyone finds out that I am pregnant, the village will The nobles will bury me alive. Because of this fear, Baraka runs away from the village in the dark of night. In fact, he falls in love with Maljar, so the motivation to leave the village is Maljar's love. After leaving the village, her first priority is to find Malger in Ghana, but after an exhausting journey, she fails to find Malger. Her days in Ghana are spent searching for Malger on the streets and nights lying on the sidewalk. Kar Maljar's dreams are passing by thinking that in the meantime, Barka gives birth to a baby girl in a park, hidden in the hood of some cars. After hearing Baraka's voice, the staff of the park gathered there and transferred Baraka to the hospital. After two days in the hospital, Baraka died and thus Baraka left her baby girl in this place. It goes away. A childless woman named Monta from the nobles of Mafi Doo village came to the same hospital for treatment. Monta was the only member of the noble family of Mafi Doo who had the color of humanity in her and this color of humanity in her may be. It seemed to reflect the lack of mental comfort due to being childless. When Monta's eyes fall on this heirless innocent girl, she asks the doctor to adopt the girl and after the doctor's consent, the girl is adopted. On the arrival of the baby girl, a ceremony is organized in the house by order of Monta and the baby girl is named Zona (the title of the eldest daughter of the noble family of this village). Destiny declares the daughter of Ghulam Barka, who works in the fields of the same village, as a Zona of the noble family of the village. Days pass and when Zuna is able to go to school, Zuna's mother, Monta, manages to send Zuna to study at the largest educational institution in Ghana, despite thousands of objections, and Zuna is the only one in the village. She is believed to be the first daughter of the nobles to be sent to the city to study and then after schooling manages to go to Zona University for higher education.And Zuna is considered to be the first daughter of the village nobles who was sent to the city to get an education and then after her schooling she managed to go to Zuna University for higher education. Thus the university of Ghana. He meets Professor Malger, who is working on a research project. It was Malger who, eighteen years ago, while working on a research project, went to investigate a village called Mafi Dove, and Barka, a young slave girl of Mafi Dove, whose life was already shrouded in darkness, plunged it further into darkness. There was bullying. Forty-year-old Malger was still a handsome man of twenty-six. There was still an equal chance that any maiden could close her eyes like Barka and fall in love with this attractive man. The mother remained raw in expressing emotions like a blessing and this budding flower unconsciously expressed her love for her own father. Gradually, the whole university began to talk about the love of forty-year-old Professor Malger and nineteen-year-old Zona. In the library, both of them talked for hours and they both decided together that Zona will take Maljar to the village after her studies and then go there and get married, but Zona's intention was to get married. It is very important to eradicate Mafi Dove's ignorant superstitions before she gets the full support of Malger to achieve this goal. After all, Zona was a highly educated and innovative girl, how could such superstitions be nurtured in her village. Diti who was against nature, but Zuna was unaware that she herself had taken an unnatural decision, i.e. marrying her own father. After Zuna's education was completed, both of them came to the village. Before expressing their intention to marry, they had to work on the village's superstitions, such as banning slaves from having children or marrying. When the intention was known, he was ready to hunt them like a wild tiger. Truth be told, it is impossible for those who have inherited superstition to leave it at once. Both of them have the full support of Monta, but all nobles, fearing that our slaves will not be equal to us, announce their intention to kill both. She saved him. After all, she was related to the noble family, that was all she could do. But to keep Zona away from the innovative professor, Zona is imprisoned in the house. The poor professor is killed. In this way, the superstition of the village does not end, but Maljar is punished with Baraka and his own daughter on the other hand. survived by marrying.