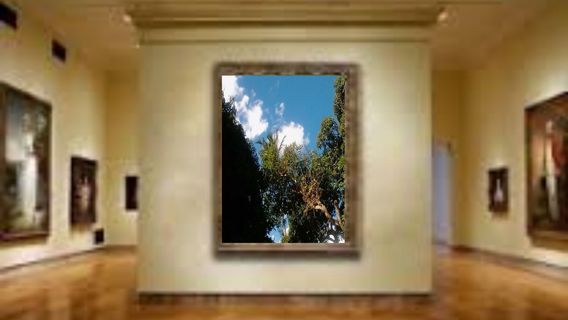 Often in Africa, or in many parts of the world

People don't marry because they are actually prepared,

But because the circumstances led them to do it as if it were something better in the world.

Was it marriage or an obligation? Since people are already united!

Getting married because the parents made it or because there are no conditions for survival,

In an insecure environment, full of uncertainties about the future

From hunger and misery that fights the dream of a better, secure future.

Getting married because all around you have married and you think you are no longer normal.

When in fact normality is not always the same for everyone; better be prepared!

There are people who are single because they are studying, and this is normal;

There are people who are not married because they still feel unprepared.

Would they marry because others are doing it? Does it come from the heart?

Therefore, marriage cannot be an obligation, but something from the heart

Marriage must be voluntary, and made by the bride and groom's decision to be engaged.

Marriage must be an outgrowth of what the heart has already approved.

It is acting out of will, to please someone and not for your own satisfaction.

Obligation is opposed to freedom, which underlies responsibility

Obligation hurts the heart that loves another personality;

Makes the dream of the heart not become a reality;

Fight against the hidden truth that could be revealed if there was no imperative,

On the part of those who occupy the position of authority in familiarity.

Obligation is associated with violence and force to get attentionfrom the innocent heart;

And generate fear in the obligated person to avoid disobedience in performing the Obligation.

In Obligation, the will of the one who obliges is at stake and deserves attention;

When in fact the individual will lead to marriage to someone who loves with his heart.

Was this a real wedding? Where is beauty only seen by anyone else?

The beauty that the heart appreciates cannot be measured by anyone else;

That is why the Obligation to marry cannot be at the center of those who do not want to do it;

Getting married is something voluntary only to those who want to do it.

You can't force a daughter to marry someone she doesn't like

A son must not be forced to marry a girl whose countenance he dislikes!

You cannot force a heart that does not love to consent to marry, and follow what you don't like;

You can't force a cat to live with a mouse without being able to hunt; it will be one of the mistakes!

Marriage should be regarded as a sacred choice that does not require an abnormal,

An outside interference that could change the course of its normal trajectory.

You cannot force a marriage to stop because one is sick or not normal.

Obligation will only bring problems for those who are obligated;

And not in a system where the will of the masters is only followed in supremacy.

Keeping people in a system where fear and insecurity are established

Marrying for Obligation creates a discomfort that perhaps time will solve;

Because there is Obligation that is just because there was a failure on the part of the lovers;

When becoming pregnant without parental consent, marriage is required, no curve!

Not even if it was the will of the lovers

That is why it is better to let each one marry the one he loves, as far as he is able;

Because then the seed of obligation will sprout, generating regrets that afflict marriages;

That could be avoided in life, if there were precautions before marriages.

Therefore, the Obligation in marriage must be one of fidelity after marriage;

Once married, the personal obligation must be to take better care of the partner,

Strict fulfillment of the oath, which specifically says, until death do us part; keeping courage;

As well as offering happiness to the chosen one in life to be a true partner.

It’s better for parents to examine whether they are forcing their children;

Because that's how the obligation starts until it gets them to interfere in serious matters of life,

Such as marriage, which depend on personal decision in life;