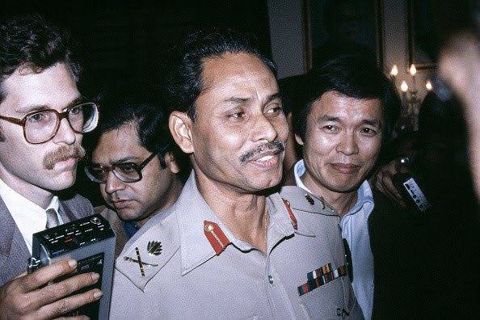 Hussain Muhammad Ershad. Those who know about the past history of Bangladesh. Surely this name is familiar to them. Maybe to some a villain and to some a very intelligent ruler. I also have some knowledge about him.

Still, I went to my father to know more details, because my father-elders were directly and indirectly involved in the anti-Ershad movement and in this movement my father was shot at 2 places. Although he seized power illegally and tried to legitimize his seizure of power in many ways." I said, "Didn't he have a good side?" Dad said, "Yes, but it was to legitimize his seizure of power to the people and he A lot of bad things are done under the cover of it. A lot of disappearances happen during his time. And that is why all the political parties united for the eviction of this occupier.

Still according to my knowledge he was a good minded ruler, even though he seized power illegally. He did many good things. Like Upazila and Union Parishad system, he introduced them. Then he made Islam the state religion. First he preached on TV. He took the initiative. Then during his time there was a lot of development in the field of communication in the country. There are many more. And another thing is: he was not defeated in any of the parliamentary seats he elected.

I respect him as a strong minded army chief.