HEART- BREAKING PHONE CALL (fiction) is a short story of a man named Thomas who got rejected, after an interview, in hope for success 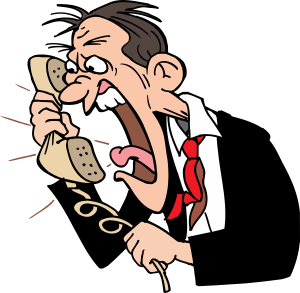 HEART- BREAKING PHONE CALL (fiction)
Entered Thomas with a torpid look🙄. He felt paralysed after walking his way down from an industry in seek for job😯
He was befuddled by the siren wailing across the street and the hooting sounds of vehicles😞. Not minding hid expensive trouser he sat on the floor, afterall he wasn't a fop😎.
Thomas wailed ruefully as Kate, his sister on the other hand, laughed at him sardonically😢😭. He was devastated and depressed after the interview he went for. Every job opportunity he had applied for ends awry.😕
After a century in the pool of tears😭😭😭, he stood up bewildered like a criminal trapped in ambush. He staggered and tripped over the floor😪😴. He relaxed in a state of reduced conciousness till he felt an immense vibration in his pocket☻. Oh! its a phone call.
Immediately, he leaped frantically from the floor, dipping two of his fingers in his pocket to remove the phone.
'At last' he exhaled...
He was astonished beyond expression. His heart raced faster than a spinning cheetah, to a point he could barely breathe. The call was from the managing director of Albert Tech, the recent industry he applied for. The man promised to call him when needed.
Thomas grinned profusely,preparing to pick the call. He cleared his throat and adjusted his suit.
He picked the call and lowered the phone closely to his ear.
'Hello sir'😁
'Yes. Is this Mr John?'🙄
'No sir, its Thomas'🙁
'huh Thomas. That idiot...'😣😣😭😭
The director hissed and ended the call. Thomas in response fell to the grond unconscious.
😭😭😭😭😭😭😭😭😭
Shakes Pen