A victory which is with out national agenda 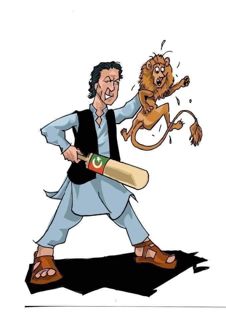 Time to learn from past

The politics of winning and losing. What is the national agenda? Today, on July 17, PTI won the by-election. The people who have been hit by inflation are celebrating in some places, and in some places they are depressed over the defeat, as if someone's father's funeral had been held. has become an arena. Here, no party or leader has a coherent plan of action to get the people out of global economic slavery like Tayyip Erdogan or Mahathir Muhammad. This is the only thing that will continue in the future. Political parties will never gather on a single platform to manage the worsening situation of the country's economy. Even if Imran Khan becomes the prime minister tomorrow, the Muslim League will again call for a long march. The people for their respective parties. will banton each others. is this what we call democracy? This is an arena for politicians to grab power. That's why the poor people belong to any party, should not celeberatin songs or mourn. Your situation is not going to change. Until you have a collective mind. and come out of this win and lose politics thinking. You will only be ruled by turns by these politicians. No leader will come forward for your welfare. I boycott this system. Until such a leader will not come to the public scene. He who has not seen the face of failure once and who lack vision. It is better not to participate in such a democracy