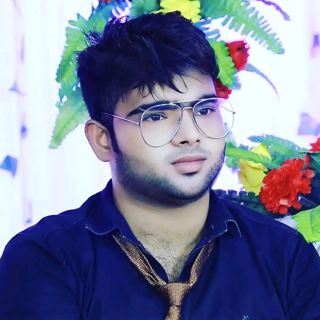 Shubham Pathak is an Bhojpuri singer and Music Director and Founder of Neelkanth Official Studio channel has More than 80,000+ subscribers.

Shubham works in Bhojpuri cinema. He is recognised as one of the leading artists in the Bhojpuri music industry. He began his singing career with a Bhojpuri album which was released with Pawan Singh .He is widely recognised for his genre-melding musicianship and has played an influential role in modern day popular music.

He has many songs to his credit, He has released several solo albums. He has also appeared on various reality shows.Shubham Pathak got over of millions of view on his YouTube channel's.Shubham song is very amazing, Shubham song was released on top bhojpuri channel with over millions of subscribers on YouTube. And his Social media pages have thousands of followers.

His popular song :- https://youtu.be/8mY41dtebOo and many more song of Shubham Pathak

* Shubham is active on all social media platforms you can also connect with him. His Upcoming song coming soon.