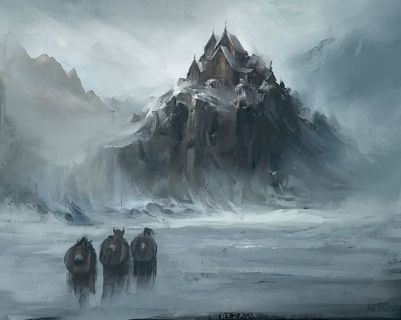 Long long ago in the age of old and elder scrolls when passion was fierce and violent. when a mans love was real and only died when he or his lovers life expired. For this was when swords knew no boundaries this the tall tail if the viking lord and his lover the Irish queen they called cream. Icklme the king of the vikings had received a letter of patronage form the Irish king and queen, asking for an an audience with the young King one that would Unite the two kingdoms forming a powerful Alliance so that way together they may bring down the Roman Empire that had threatened both ways of life a Savage and cruel takeover that had left most of the world burning to Ash.

Icklme and 500 of his greatest warrior's called Lokis legion, would set sail in the morning and voyage to there kingdom. The loki legion where most feared men of the sea. The Greece and Roman's say that even Poseidon him self feared these men. Born and breed from infants in the art of death. Some say at the moment of there birth that death him self lays his hand upon them granting them passage back and forth in payment of the souls the will claim. Ramnok cried out my lord we are ready to set sail, Ramnok and klaonik had been Icklme's child hood friends. Icklme ofton said Ramnok was his right hand one of rash and ression klaonik his left one of intolerance and violence. Being king came with such responsibilities and these two men balanced his mind and made him a fair but just the king the kind of king he had always hoped he would be and fir this he considered him self to be blessed.

Icklme's fear of never finding true love seemed silly to his two friends due to the fact that he was king and could have any woman he chose, but beding a woman or even marrying a woman that wants you because of title or power was far from what icklme wanted. Icklme knew it be strange especially for a young man to have such grandeur beliefs of falling into love and how it should be. And knew he must Keep up appearances and would endulge him self once in a while with a young maiden from time to time. An with sail set for tomorrow he decided tonight would be one of those nights and as he walked through the great hall a brown haired woman with large breast that seemed to caress her faces delicate yet very beautiful facial features caught his eye. She had a magnificent ass not so large that it repulsed but one of perfect structure infact the fantasies that quickly ambushed his thoughts had igniting a bit more vigorous ambition in getting what he wanted. He lend down and wispers in her ear and as the words rolled from his tong she let out a nervous giggle. Almost instantly he

gently took Her hand and slid it down the front of of plants so she would feel the girth of his cock and as her soft fingers crossed the top of his shaft it sent a shiver that caused his cock twitch forcing her hand to wrap around his harden and hungry shaft. The need that filled him as he reached down and parted her pink already wet folds she let out a deep moan almost a growl when he drove his figures deep inside, her body responded hungering for more as she pushed her self up tell her ass rested on top of the table opening her legs invitingly as she pushed out forcing her self against him grinding his fingers again and again each time forcing them deeper into her soft wet and pussy. Icklme's cock ached with need more and more with each stroke of her soft delicate hand in a gruff grasp voice she begged him to enter her as she brushed the tip of his cock making it swell and throb, he replied by taking one of her small pink nipples in to his mouth an sucked long and hard and as he released it he grazed it with his teeth nipping the end forcing a moun to escape her lips as he stuffed all of him self into her, he could feel her tightness refusing to let him pull back, her folds so wet with ever thrust it seemed soke his balls until she erupted, spraying her climax all over him making him pound her sweet soft hole harder making her squirt again and again with each thrust, and with a load growl he exploded inside of her filling her tell his seed seeped from her trembling sore body. As he pulled him self from her, she looked him in the eyes an said It was a pleasure to serve you my lord, you may call me jade. And with that she fades off to sleep as her bodfy trembled. Icklme feeling relieved and tired him self he picked her up and carried her to his chambers where she could rest tell morning. He hated this because he knew this would give her the wrong impression but with sail set for tomorrow morning, and with all his people knowing the nature of his visit all new he would return Wed and with a new bride. So He felt safe in the fact that all new he was no longer available in this way.