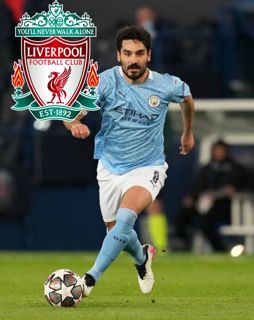 With Liverpool putting plans to sign a new midfielder on hold until 2023, Jurgen Klopp could reunite with one Man City star

And should Klopp look to address both concerns, there is one player in particular who he knows well, having named him ‘one of the best players’ he has ever coached, who could be the perfect solution ahead of his contract expiring next summer.

Ilkay Gundogan currently faces an uncertain future at Man City as he enters the final season of his contract at the Etihad, with the £45m signing of Kalvin Phillips pushing him further down the pecking order. As a result, he looks set to move on with reports in Germany claiming the chance of him signing a new contract with the club are ‘out of the question’.

Liverpool have benefitted when signing an experienced midfielder from Man City before, in the shape of Milner, with it never a bad thing to recruit eyes from within enemy lines. So considering Gundogan’s imminent availability, would Klopp be wise to attempt a reunion with his former midfielder?

The Reds boss signed the 31-year-old while he was Borussia Dortmund manager back in 2011, while he failed in efforts to convince his compatriot to follow him to Anfield when he signed for Man City in 2016. And the midfielder asked his former manager’s advice ahead of his move to the Premier League as he sought a new challenge at time.

“I spoke with Jurgen about different things,' Gundogan explained to the Daily Mail in 2018. “He always liked me as a player and I would be a liar if I said he didn't try. But when I had the opportunity to join City and work with Pep, it was quite clear that I wanted to come here.

“When I was a little bit down because of my injury, he was quite sure he was still going to try to buy me. That showed me it could never be the wrong decision to join this club. They are both great managers, great characters and very ambitious. I've been lucky.”

“I believe in challenges in life and I always try to challenge myself first of all,” Gundogan told FantasyPL back in 2020. “I feel like if I don’t challenge myself and get out of my comfort zone, I’m not going to change anything and won’t improve.

“So I had a great four years with Jurgen and I love him as a person and a manager but I felt it was time for something else. I wanted to leave Dortmund in Dortmund and didn’t want to think about the time I had with him when I was joining a new club. That was a bit of the reason why I didn’t want to join Liverpool.”

"To be honest I asked his advice, if the Premier League was the right thing for me," Gundogan would also admit to Sport Bild magazine. "He said 'yes' and believed I would feel very well here and that the playing style would be perfect for me. It was good to have my impressions confirmed."