It was really a coincidence that i met someone new at the verge of breaking up with my boyfriend. I was not sure if i wanted a new relationship but I wasn’t ready to let this guy slip through my fingers. He seemed like he was going to make a good friend and partner. 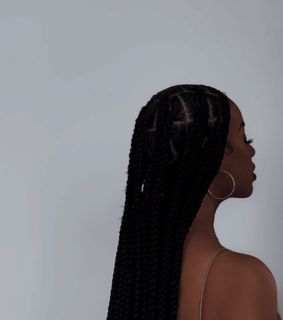 I wasn’t going to concentrate in class so there was no point coming but I came after all. I hated the course so I already knew I wasn’t going to be concentrating. I am not a dull person but calculation courses always make me feel some type of way. My lecturer isn’t making it easier either.

I was lost in my thoughts when someone coughed behind me. I didn’t mind though but the effect the sound had on me was shocking and a bit scary. I turned back gently to see a good looking guy sitting right behind me. His head was buried in the textbook he was holding. I was mad for no reason, probably I was expecting him to apologise. For coughing? Yeah maybe.

The class went on and I didn’t care to take a single glance at my textbook. I looked back from time to time to see if he was still there. He was dark in complexion and he had nice lips. I looked back for the one hundredth time and he still didn’t bother to notice me. I rolled my eyes in irritation.

“urrggghh” I faced the lecturer again maintaining a straight face like he would even care to look at my face.

The rest of the class went with me looking back like I was cursed. Our gaze met this time and I smiled. He returned my smile and buried his head in his book again.

The moment the lecturer left the class, Mr cough followed suit. I looked back just in time to see him stroll out of the class with his camera hung on his neck making him look more sexy. I stood up and chased after him like I had every right in the world to.

“Hey” I called breathlessly and I stood in front of him with my hand on my stomach. I laughed ridiculously despite knowing I just did the most stupid thing on earth. Arrrrgghhhh!

“the stairs weren’t easy ” I laughed again fighting to catch my breathe.

“I see” he grinned revealing set of white teeth.

“my celebrity crush ” I whispered ashamed of myself. ” I need to go now” I said walking back up the stairs.

” thanks though” he laughed as I tired to keep my fake smile lit.

” I’ll be in the cafeteria…. You can pack your bags and meet me there ” he said still laughing.

I just nodded and ran up the stairs back to the class. I entered the class and grabbed my bag. I walked gently careful enough not to meet up with him. But instead of heading towards the cafeteria, I walked towards the school gate directly to the park.

There is no way I was going to meet him in the cafeteria after that embarrassing stunt I pulled. I stopped walking all of a sudden, trying to calm my racing heart. How would I even face him in class tomorrow if I chicken off now. There’s no way I would be able to avoid him in class and i clearly do not have an excuse for running off now.

“It’s just a date at the cafeteria” I whispered as I slowly began to walk back into the school compound. A date? I scoffed fully aware that I was overreacting.

I got to the cafeteria and almost tripped as I saw him smiling towards my direction. He has been waiting outside? A feeling of guilt washed through me and I didn’t notice he had already walked up to me.

“You’re are good?” His voice sounds mocking but the look in his eyes said otherwise. Like I even care. For some minutes he appeared to me like a very big joker but everything faded when he arched his brows in worry.

“Are you okay?” He frowned.

“Yes sure, I’m very well” I forced a small smile.

“I didn’t know you’ll be waiting outside” I managed to say as we walked into the cafeteria.

“You don’t see me as a gentleman?” He asked with the same mocking tone I sensed in his voice earlier. I stole a quick glance at him but his face was as calm as ever.

I laughed in spite of myself, he looked so handsome and I couldn’t stop blushing.

“Why are you smiling?” He let out a small laugh as he pointed to a table with two chairs around the corner. “Wait for me there, I’ll join you shortly and you’ll have to explain to me why you were smiling so intensely”

“Smiling intensely?” I hissed as I strolled towards the table. This guy just has to be silly.

Few minutes later he walked to the table with two bottles of Chapman. I maintained a straight face trying as hard as I could not to smile but I failed.

He returned my smile, “let me guess....your smile is your selling point”

I burst out into laughter and shook my head in disbelief, I scrutinized him from head to toe still shaking my head. Did he say “selling point”? My phone beeped as I was about to speak.

“What ? You have to go?” He scoffed as I shot him a pleading look.

I nodded slowly suddenly feeling bad, “I’m sorry, I have to meet up with someone at the mall”

“Nope just a friend” I lied. “I will see you around tomorrow”

I went directly to the grocery store immediately I got to the mall,Daniel will be waiting there as usual. I rolled my eyes and hissed as I thought about Daniel, my so called boyfriend.

My heartbeat increased drastically knowing fully well that he would not be pleased with the idea of taking a break from the relationship. I really wished I could summon courage to put an end to everything right now and right here. I shivered at the thought of breaking up with Daniel, he will definitely make sure that I pay for it. His ego and pride will be wounded but I do not care. I hardly care about his ego not when I’ve been cheated on countless times by this guy. My eyes filled with tears as the memories came rushing back, he didn’t deserve me at all!

“Babe?” I jumped as a very familiar scent filled my nostrils. His voice sent shivers down my spine.

“Hi” I forced a smile that obviously looked fake but I could only care less.

“Why are you standing here?” He asked eyeing me wearily. He held my hand and led us into the grocery store.

I didn’t speak, I just followed him like some dumb kid.

“Daniel?” I whispered hoping he wouldn’t hear me but he stopped to face me.

“Adebola I know there’s something you want to say, just let it out already” he said. His face was straight with no emotions whatsoever. “ Is it money you want?”

I shook my head slowly, “I don’t want money”

I followed him outside feeling grateful that I was able to speak but the way he walked told me that the battle was not yet over.

He stopped and pulled me closer, trying to ease his hand inside my skirt. I forced myself away from him and shot him a death look. He scoffed and walked to his car.

The look on his face told me that he was totally disgusted with me. I sat still in the passengers side of his white truck and pretended like I couldn’t read his expression. My mind flashed back to when we were inside the mall, he had intentionally wanted to touch me even while people were watching.

“You shouldn’t have done that back there” I said still irritated by his unmannered behavior.

“That was why you pushed me off like that?” he sounded pissed. I didn’t speak, the silence grew awkward and we exchanged furious glances.

“why would you act that way?” he barked. “ I am your boyfriend”

I wasn’t intending to go deep in the conversation so I just kept staring daggers at him.

Why was he screaming? Why was I still sited here anyways? He was going to yell again then I held my hands up with the intention of shutting him up.

“I should be the mad one here” I eyed him wearily. ” I should be mad at you for wanting to touch me like that in public”

He suddenly looked sober but I wasn’t going to buy that look, not anymore

“Can you listen to yourself Daniel? ” I suddenly went pale.

“ what you did wasn’t right, I feel harassed ” I shook my head in disbelief.

“And we are actually done with this whole thing we call a relationship ” I let out a dry laughter.

He didn’t speak, he just kept staring at me. I should have known he was an asshole from the very first time, he did very well by concealing that fact.

Suddenly my thought drifted back to the school cafeteria and my lips curved up in a small smile. I didn’t ask Mr cough his name or his phone number.

I raised my brows in question when I noticed Daniel looking closely at me.

“you look like a confused baby” he said bringing his hand to my shirt like he had every right in the world to. I shifted on my seat and he removed his hand immediately as he sensed my discomfort.

“Daniel I’m serious about us taking a break” I whispered.

He frowned obviously not because he was sad but because I was the one that had to break up and not him. Proud much.

“I am out of here” I got out of his car and gently walked away feeling satisfied that I was able to do to it. A smile crept on my lips as I boarded a taxi home.

I was looking forward to seeing Mr cough in school tomorrow and make it up to him for leaving in the middle of a date.

A date? I mocked myself knowing fully well where this whole thing was headed. I just hope he is different.