Here we wrote and explain explain short story of D.r Affia Saddique who is in CIA Jail America that they arrest fom Pakistan 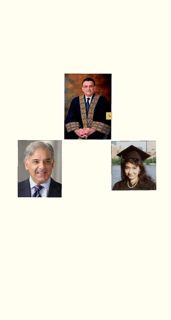 Siddiqui was born at 2 March 1972 in Pakistan to a Sunni Muslim family. For a period from 1990, she studied in the United States and obtained a PhD in neuro Science from Brandies University in 2001. She returned to Pakistan for a time following the 9/11 attacks and again in 2003 during the war in Afghanistan.

Which were their Vocation.

But at that time CIA blame her for Involving in Al-Quida against Natto Soldiers and Amican Citizens which is completely cruelty with her.

Dear Sir i remember to You a happen which is that the Ramendeous Amircan Intelligence Agency Spy kill 2 Pakistani in Pakistan and also he was involve in secret mission in Pakistan but Our Country release him and send him to America.

Like that we also have right to release Aafia Saddiqui back to Pakistan Because if she is killer the Pakistani Court shall be Punished her with respect under Islamic Rules.