Reason of Clashes among Russia and Ukraine

Dear there we discuss some facts about Russia and Ukraine War and also some reason of that war . Also there is a secret message for other countries to be keep their self away from these type of issues 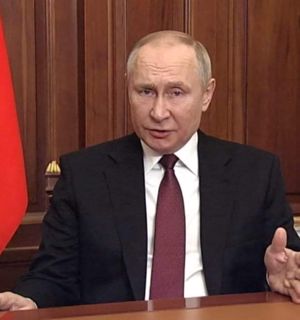 The war in Ukraine took a turn for the worse last night when several Ukrainian missiles hit the Russian city of Belgorad escallating this war even further. This is not a Cold War, this is a deadly hot war with hundreds of people being killed every day.

Instead of promoting peace as a positive neutral country, our Irish Government is now activley supporing NATO against Russia.

This weekend Shannon airport has been busy refuelling US troop-carrying aircraft on their way to eastern Europe and the Middle East.

On Sat 2nd July Omni air N846AX refuelled at Shannon having delivered US troops to Kuwait.

On Sat also Omni Air N819AX refuelled at Shannon having delivered US Troops troops to Bucharest in Romania.

Also on Sun 3 July Omni Air N468AX refuelled at Shannon and is now flying over Poland.

Today Sun also Omni Air N342AX did not refuel at Shannon but flew from the USA on contract to the US military and landed at an air base called Satakunnan in Finland, clearly showing the Finland is now an active member of NATO,

Two other Omni air aircraft N828AX and N207AX were also observed landing in southern Morocco close to the borders of Moroccan occupied Western Sahara. They did not refuel at Shannon, but demonstrated that the US and its NATO are actively destroying democracy and freedom on at least three continents this weekend while claiming to be defending democracy and freedom. Anyone who doubts this should ask the peoples of Libya, Afghanistan, Iraq, Syria, Yemen, and elsewhere how much democracy and freedom the US and Nato have brought to their countries. Of course Russia is also creating havoc and death in Ukraine, and much more havoc and death will occur worldwide unless international peace is restored. Our Irish Government is now rushing to join the war mongers making Ireland and Shannon airport a target for retalitory strikes as a US/NATO forward airbase.