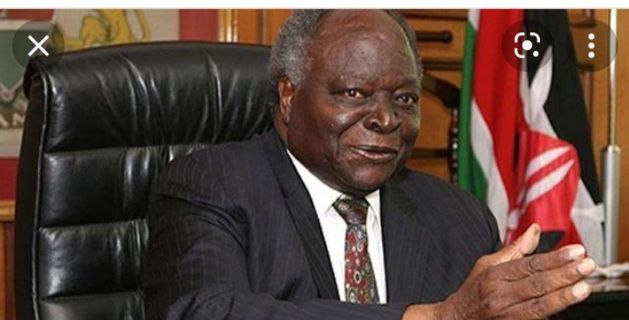 THE FALLEN ULTIMATE HERO.
More than half a century of independence, thirteen elections, four presidents, Kenya heads to the polls, the biggest election ever.
From the shores of the Indian Ocean to the peaks of Mt. Kenya, the Valleys of the great Rift to the Rainforest of the West.
The vast Arid plains of Northern Kenya to the grasslands savanna of the South.
More than fourty million Kenyans mourns the demise of the Great Africanist King.

The sitting statesman officially announces and flags hoisted half-way untill a decent state burial is conducted.
The public viewing of the body outside the legislative building and mourning holiday follows suit, heart-felt condolences messages stream in from all the corners of the world in solemn praise of a transformative leader who left a legacy written in the hearts of Kenyans.
The country has lost a real hustler, All mannerisms of people forced to cancel their business trips abroad, political Rallies at stand still to honour an all- rounded God fearing religious charismatic and hilarious leader who believed that no manner falls from heaven in a silver plate. You ought to sweat to eat.

The undebatable, immeasurable, untainted clean scorecard and a proven track record during his diplomatic reign full of Solomonic wisdom, only to mention a few that I can recall at this difficult and challenging moment:
From an inclusive Government to an epic constitutional ammendments, implementation of both free primary and secondary. education,Rural electrification, County Development Funds (CDF), Free martenal Health care to enhance zero child mortality National Human insurance Funds(NHIF), improvement of judicial structural services, infrastructural development, trade, Fight against corruption, introduction of Boda Boda to create job for thousands of jobless youths, Thika super Highway and not limited to peace, love, unity.

A man of few words and too much actions, a lesson Government leaders should emulate and follow his footsteps to restore the deteriorating economy.
His campaigns from the wheel chair after a tragic accident almost losing his left leg, voters showed their love for casting anonymously in large numbers.
His obscene swahili articulated hilarious sentiments will remain printed in the hearts and minds for many years.

Fare thee well Commander -in- chief of the Armed forces President Emilio Mwai Kibaki, say hi to our fore fathers; The late president Mzee Jomo Kenyatta and Daniel Toroitich Arap Moi tell them we are fine in disguise.
Dance with the angels your favourite lyrics to your preferred tune. We shall miss you dearly and memories will never fade away soon.
As a radical antagonist character you played your role coherently. All is not lost for the unfolding of the curtain marks the end and the beginning of a new scene.
May your Soul Rest in eternal peace.