"I Am a Teen Who is Reaching For Greatness In The Music Industry". Says T.I.D KÀI,A Musician Who Believes That He Is Chosen To Lead. 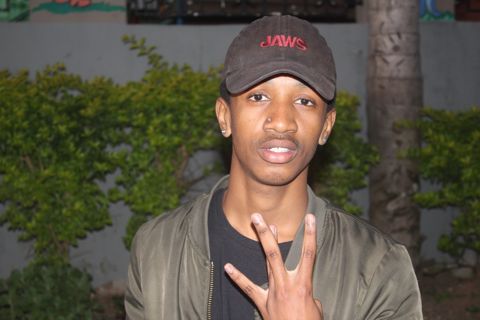 Introducing the young South African musician who has been working hard to get exposure in the social media and in the music industry. This is Wandile Khomo who goes by the name T.I.D KÀI who has been currently doing his best in the industry hoping that he will get heard and claiming to be the chosen South African to lead. He says"I am kid who fell in love with music at a very young age and who has big ambitions and dreams".

He has been currently been working with the Wild North West by lately being featured with one of the artist in the label Essay The Kid in the upcoming single.Many people where amazed by reaching other countries rather than his home country.This is really has proven to many people on how this talented kid is determined with his work,Recently he has been facing some private issues in his personal life but that did not stop him on achieving his dreams.

T.I.D KÀI also collaborated with The Automate Music which is a record label/a movement which he was guided and nurtured by the Founder of the label Khayelihle Nhlangulela who goes by the name Backlash. He says "He taught me how to be musical wise, How can I be amazing as a musician as a whole and how can I be the best I can be, He truly inspires me". His recent release "The Force" which he featured T RaXx took many A&R Agencies by surprise and he claims that there are lot of songs which he has not released.

He may not have any recognition for now but he surely has the courage/skill and motive for his career which he has chosen. This musicians recently said that we must prepare ourselves because the best is yet to come from him and his music.