We are going to clearly Explain world war 3rd 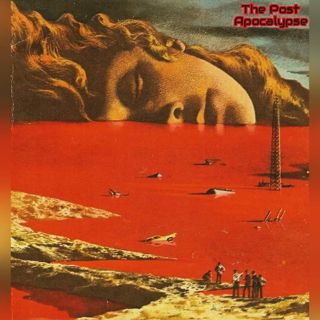 Signs of the times and this is what we may be facing...World War 3 and most likely a war that involves Nuclear bombs. We are now in a modern Cold War against Russia and now China thanks to NATO and their breach of contract and more. Meanwhile other countries are lining up to be partners to this crooked monstrosity of an organization as nothing has changed since it's creation, it's only getting worse as they continue to spread their imperialistic agendas to smaller countries. Those who choose not side with them are being watched with a very close eye. As they already proved this fact at the United Nations meeting. So now what may happen from here is those who choose to stand strong against America and NATO? Not only from abroad but those who live here in America. Yes America is divided in so many ways and on so many issues and I know where I stand in the midst of the growing terror of white terrorism, facism snd decaying system of Captialism.. America has been D.O.A since day one when the Europeans decided to slaughter and enslave many Native Americans and Blacks. Their Independence Day isn't mine,mine is Juneteenth the day when when people of color were truly free. So I will not blindy wave an American Flag that symbolizes oppression of people of color or women in this country where abortions are now restricted. I have no respect for America where it scientifically proven that many would have been saved from covid if they had Heatlhcare for all or like the Socialist countries that America likes to criticize so much.