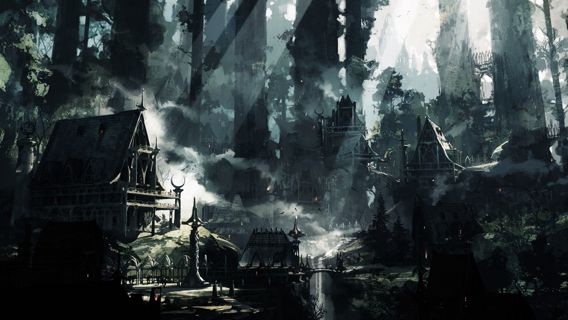 THE SORCERER AND THE AGES

The treacherous twilight breeze blew amidst the sullen noises of sorrow leaving the dark sky empty. I was overwhelmed when I saw my companion struggling with the trolls of the eastern forest under the dim moon struggling in the sky. I couldn't just swing my sword anymore; it seemed I was out of courage. What do you think? My master Gregory who was the Master of infinity magic has been killed by the monstrous beast in the east. Humanity has offended the Ages, the rulers in the underworlds. It was the time we faced the wrath of the Ages amidst pain and poor crop growth in the city. I heard the voice "Run, just run, will you kill it?". I tore my dim eyes open and turned to the direction of the piercing sounds and replied, "Yes, I will kill it" as tears gushed out of my feeble face. I quickly rolled over to the other valley, sliding across the slopes of the eastern forest, and finally landed on a flat surface. Fear gripped my heart when I saw the footsteps of the beasts on my next beaten paths; I quickly drew nearer to the stands behind not minding the Sharp edges of the stands. So embarrassing, the fireflies opened my dark hair to the predators under the darkness though, it was on the other side an advantage to me. It seemed the whole world was against me when I saw the far approaching trolls aiming in my direction with Gregory's blood dripping in their mouths, I drew nearer to the edges and got penetrated by the sharp edges. I said in my mind, "I am dead!". A sudden sharp whirlwind wave across the valley and made my vision blurry, it seemed I am being swallowed by the beasts already. The voice said to me, "Run, little thing", the voice sounded like the voice of Humo, the Sorcerer.