I DON'T WANT TO BE TOUCHED 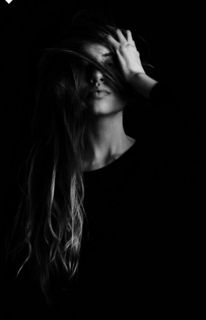 When you see it long enough you’ll believe that’s all a woman wants. The idea is planted early in a boy’s mind. What he sees on the screens and what hears on the streets. Contrary to this, there’s reality men have come to terms with, there are, and I should add most times, women don’t want to be touched.

Given that some pickup lines are as stale as they come, women are growing tired of complements and flattery that seem only to take note of the externals.
You see son, making that pick up line doesn’t make you a man. It doesn’t portray the picture you would want it to. An attempt to impress often leaves you a fool.

Sometimes you need to remind yourself that you don’t have to do what everyone else is doing. Women can reason. Women can solve problems. Women have contributions to make to the human race other than beauty and sex appeal.
A woman brought you into this life so that’s reason enough to respect women.
Men can be silly though, they desire to treat women in a certain way but protest when the same standard is applied to their sisters and daughters.

This far, women have heard it all. When it began, women were a bit flattered by songs sang praising their externals. The glorification of their bodies on magazine covers was once celebrated but that is getting stale.

This may surprise you but most times, women don’t want to be touched if this touching waters down who they are and what they bring to the table.
Someone would call this attitude but I’d replace the word with standards and we’re not losing the momentum.
So next time you are about to complement a lady, weigh your words.
Next time you want to touch her, keep in mind there’s a probability she doesn’t want to be touched.

We have more than beauty for you to see, we have more than sex appeal to offer. A genuine man sees beyond the externals. A good man will inspire you to do things you never thought you would yourself, to live without fear and forget regret.
Think about it Sir.