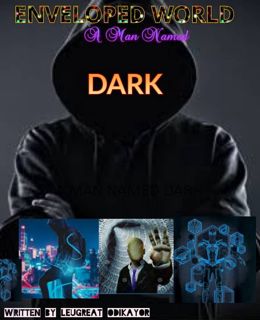 The world was a peaceful place to be, no killings, bribery/corruption or any sort of evil vices. One could walk to and fro even at 12 in the midnight without been scared, Not until the enveloped world took over. Can someone save us from this impending murk?

I THINK I KNOW OF A WORLD NAMED SUITE.

We didn't have to set alarms anymore, every morning we wake up to screams and cry for help. Every day at least 2 people from our neighborhood got missing. Everyone was in pains, who knows when it would be our turn. Destiny said as she spoke to her Girl friend on the phone.

Hey come-on, look at you. Your writing skills have improved. Am so sure you would do well writing amazing scripts; it looked so real Destiny. Precious my childhood friend overseas said trying to motivate me.

Destiny! Destiny!! Come down, food is ready. You would be late for your friend's birthday celebration, or aren't you going again? Mum- Mrs Anita spoke in concern.

Oh! Mum I will be with you shortly. I said as I hurriedly took my bathe and left for the dinning room.

My dear please don't be late coming back home please.

I never knew the birthday celebration of my colleague-Sandra, would take this long. I left by 8 in the morning and now is almost 4pm. At exactly 3:50 I left her place, and while on my way home the clouds began to pour tears down to earth.

I didn't come with umbrella so I literally had to run amidst the heavy downpour. While running I hit a man walking very fast with a bag hung behind him. Due to the impact, his bag fell off to the ground. So I helped him pick the bag, while giving him the bag, I noticed a Scar from his neck to this cheek. I tried looking at his face, but he immediately covered up with his hood. Then he fled to God knows where. Am usually very observant, every girl should have that instinct naturally in them. Before this anonymous guy putting on a black hood left, he held my hands for few seconds. Hmmm why would he do that, I kept imagining as I left the brisance environment to my house.

Destiny why didn't you look for a place to stay for the mean time, now look! You are all wet, even your make-up is ruined. Hope you didn't catch cold. My Mum, Mrs Anita said in concern.

Emm Destiny have you seen/read the latest news? Mum said without mincing words.

What is it about mum? I asked anxiously.

Oh so you mean you haven't heard of one anonymous guy that goes around taking girls, not only girls but literally anybody to the other world called the ENVELOPED WORLD? He's a wanted guy, and we've been advised to look out carefully for such a man. See his picture, mum brought out her phone to butress her point.

Wow, it was actually the same man I met in the rain. I said within me audibly. Mum does he have any scar of any sort?

Oh yes he does, how did you know? Mum said as she zoomed in his picture for me to see.

However, it wasn't long the night covered, I had to retire to my room. Although, I had always expected mum and Dad to give me a sibling, being the only child was kind of boring for me.

Then I slept and had a dream;

I saw a man in Blue Suit coming in my direction. Hy am Blue by name and am from Suite World.

Why I tried not to laugh, I just burst uncontrollably into laughter on hearing his first line.

Am serious, Suite is the world am from and my name is Blue, a Top personality/agent in suite world. My assignment and mission is to keep you safe and protected. We have everyone's identity and file in this our suite world, so I was sent here to help you seeing that you are in danger.

Hmmm everything looked funny to me; Mr look, it's only because you are handsome and we'll presentable that am still listening to you. How am I to believe all you are saying. I said trying to hold in my laughter.

I am not a complete human, am also indestructible.

Now look! [ He pointed to a dark area as though he wanted to perform magic ]

Then he showed me what happened earlier, how the dangerous anonymous guy met me during the rain.

Mr Blue, how did you know about this? I said skipping a breadth out of fear.

Listen, that man's name is Dark Enveloper. He works for the Envelope World. They do the opposite of what we do in our world. They're destructive, they depend on people's life to boast their strength and world. They've been for years even before you were born. Though, Mr Dark is a new recruited agent with far more dangerous strength and powers than the others we had dealth with in the past, so that's why am here to help you.

But he touched me and I also saw his scar. I said abruptly.

That's why am here for you, please believe me. Whenever Mr Dark touches or look at someone in the eyes they become enchanted and follow him to the ENVELOPED WORLD, and that's the end of the person.

While Mr Blue was speaking, on the air Mr Dark appeared with his eyes flamming fire.

Gosh am scared to death. I said in fear.

You are mine, Mr Dark enveloper said laughing holistically while coming towards me.

It was like a movie to me when I saw Mr Blue turn into a fire ball and threw himself at Mr Dark. The impact was too intense that Mr Dark couldn't hold himself but fall. They exchanged mysterious magical blows as fire and blue sparks oozed out at intervals. The fight was so intense that I began to pray to wake up. Oh please if I can wake up from this dreadful dream I would be happy. Please help me. I said with drops of tears falling to the ground. As soon as the tears dropped to the ground, a White and blue Lightening from the ground intensely struck Mr Dark that he couldn't help but scream. He then said these words before disappearing;

Then I woke up abruptly sweating profusely with mum crying beside me...