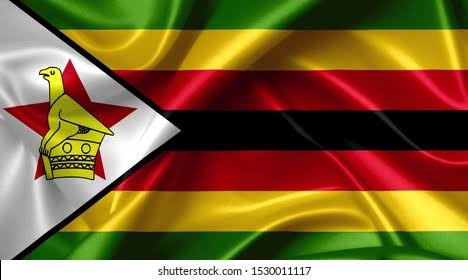 12 South African Celebrities Who Are Actually Zimbabwean. No doubt South Africa has become safe haven not only for Zimbabweans but Africa at large. We can all agree that the South African entertainment industry has become one of the entertainment powerhouses in the world. Several talents have seen themselves being thrust into the limelight.However, Zimbabweans with exceptional talents have been spared from this great gesture. These celebrities have now been thrust into stardom. Their unmatched talents made them phenomenal.

He joined the Zimbabwean politics at the age of 19 as an individual human rights advocate. Talent Rusere was one of Robert Mugabe’s closest allies. He worked as Robert Mugabe’s counter intelligence and personal aid for 4 years.

Talent Rusere was the man behind Emerson Mnangagwa’s dismissal as Vice President of Zimbabwe in the early 2017. He flew out of the country in November 2017 following the Robert Mugabe’s military topple.

The young intellect has been a dynamic young politican in struggle for a better Zimbabwe since 2017. Talent is a notable figure in the Zimbabwean politics. He started fighting corruption and human rights abuses by Mnangagwa’s new despensation in 2018.

Talent Rusere is the Founder of (ZFF) Zimbabwe Freedom Fighters Party, which was formed in 2017. In November 2020 Talent joined the Dubai based Zimbabwean politician Edith Chibhamu where he served as the Secretary in the President’s Office and President’s Spokesperson for the Zimbabwe Democratic and Economic Freedom Party.

A few months down the line Rusere left the party after realizing that the Party was a Mnangagwa project designed to silence his voice from fighting for the people of Zimbabwe.

Since 2017 Rusere had become a nomad running for his life from Emerson Mnangagwa. Talent Rusere has so far survived 11 assassin attempts by the Zanu Pf thugs send by Zimbabwe’s President Emerson Mnangagwa. On 2 April 2021 Talent was also forced to leave his Mozambican home 3 years after running out of Zimbabwe as the Edith Chibhamu set-up scandal was exposed by journalists.

Talent is currently under Foreign protection in Capetown, South Africa. Talent Rusere initiated the #NgaapindeHakeMukomana slogan as he joined Nelson Chamisa and the MDC-A in July 2021. Talent is illeged to be Emerson Mnangagwa’s biggest threat in the Zimbabwean political arena.

Tongayi Arnold Chirisa is a Zimbabwean actor known for playing Man Friday on NBC’s Crusoe television series, Father Nicholas on The Jim Gaffigan Show, and Hekule on Leon Schuster’s Mr Bones 2: Back from the Past movie. He is experienced in theatre, film, and television, and is also an occasional singer. Chirisa was born on the 8th of August 1981 in Harare, Zimbabwe.

Chiedza Mhende is a voice-over artist, singer, and actor who has carved a niche for herself in the entertainment industry of South Africa. Well known as Chi Mhende, she played Wandile on Generations The Legacy where she is now part of the soapie’s production team.

Chi Mhende was born in Harare, Zimbabwe in 1991. She moved to Cape Town, South Africa in 2006 to study at the African Film and Drama and Arts (AFDA) School of Motion Picture Medium and Live Performance. She was introduced to Cape Town’s theatre world as Lady Capulet in the Artscape production of Romeo and Juliet in 2010.

Charmaine Shamiso Mapimbiro best known as Shasha is a Zimbabwean musician who is currently making waves in South Africa. She gained prominence when she started working with South African Amapiano producers Dj Maphorisa and Kabza De Small. Her net worth is estimated to be around R7 Million she is doing wonders in the music industry.

Mr Brown is a renowned South African record producer, singer and songwriter. You might not be aware that he co-produced Master KG & Zanda Zakuza’s hit, “skeleton move” as well as “Xola moya wami” by Nomcebo Zikode. Mr Brown was born on the 5th of February 1990 in Zimbabwe. At a young age, his heart led him to South Africa where his destiny awaited him. He has made all sorts of headlines of late. His hits of 2020 actually made him one of Mzansi’s finest producers.

Mtawarira was born on 1 August 1985 in Harare, Zimbabwe. He attended Churchill School in Harare for five years before being given a full scholarship to Peterhouse Boys’ School, an independent school in Mashonaland East. At the age of 15, while at Churchill, he was spotted by Zimbabwean coach Joey Muwadzuri who invited him to join the Under 19 side at the National Schools Festival. Mtawarira prowess landed him a spot in the invincible Sharks squad of 2008 which then saw him being offered an opportunity to play for South Africa. He is best known as The Beast.

Mtawarira made his debut for South Africa against Wales on 14 June 2008. With 117 caps, he is the most capped prop in South African history and the third most-capped Springbok of all time behind Victor Matfield and Bryan Habana. He became the second black Zimbabwean to play rugby for the Springboks in South Africa. In 2010, Home Affairs Minister Nkosazana Dlamini Zuma gave him South African citizenship.

Ernest is a Zimbabwean actor who is currently making waves in the South African entertainment industry. However, he is best known as Vukani Koza on SABC1 soapie Generations. He is currently killing it as Zechariah the father of Funani Zwide in House of Zwide. The Zimbabwean born star has appeared in several soapies including Isibaya, Rhythm City and Isono.

He was born and bred in Zimbabwe. The 55-year-old has become one of Mzansi’s finest. Dlamini is best known for his character as Stan Nyathi on Scandal. The seasoned actor has also starred in Uzalo and Rockville.

He has been making all sorts of headlines of late. He has become one of Mzansi’s celebrated Tv personalities. Peter Ndoro was born in Zimbabwe and worked for ZBC before moving to South Africa for greener pastures. However, he is known for his powerful command of the English language, Peter anchors News on SABC2’s Morning Live. The aforementioned media personality was born in Zimbabwe but spent his early life in England. He returned to his home country Zimbabwe only when he was 15 and after graduation, he started his career in broadcasting before he was made an irresistible offer in South Africa, where he moved to.

Oskido is a House and Kwaito legend who grew up in Bulawayo, Zimbabwe. The Kalawa Jazmee Records DJ is a reckoning force in the South African entertainment industry.

He is born to a Zimbabwean father, Esaph Mdlongwa, who was a politician, and a South African mother, Emily Sophia Molifi.

Although he was born in Brits, South Africa, he spent the better half of his adult life in Zimbabwe before returning to South Africa after High school. Oskido co-founded Kalawa Jazmee Records which is home to Mafikizolo, DJ Zinhle, and more. His talent has been appreciated not only in South Africa but internationally through a number of international awards and endorsement deals.

Nadia Nakai is an award-winning hip hop artist from South Africa. She changed her surname from Dlamini and adopted her Zimbabwean mother’s which is Kandava. However, she has been regarded as a half cast. Nakai’s mother is Zimbabwean whilst her father is South African. In recent years she has always made it clear that she was of Zimbabwean origin and was not even shy about it. The reckoning force in SA Hip Hop considers Zimbabwe as part of her identity.

Bujy Bikwa is a Zimbabwean-born South African radio host, television presenter, and producer best known as one of the Top 4 contestants on the SABC1 reality competition Dance Your Butt Off, from 2010-2011. Born in Zimbabwe, he moved to South Africa in 1992 with his South African mother. He grew up in Orange Farm before moving to Johannesburg.

However, he was a content producer and co-host of Drive Time on YFM before gaining fame on the SABC1 reality competition Dance Your Butt Off, declaring that he was “tired of being the fat gay guy on the dance floor”. In 2013 he was the co-host with Phumeza Dlwati of the Mzansi Magic/Mzansi Wethu game show Cula Sibone. He continued hosting the show for Season 2, in 2014.