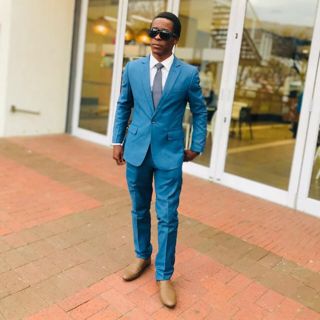 This Livingston issue is just a mare ZanuPF algorithm aided to bamboozlize and disinfect political violence and killings of opposition activists in Zimbabwe. Zanu Pf is sponsoring your so called celebrities to emotionally blackmail our suffering mases to shadow its evildoers and horrorscopic politism.

Moreblessing Ali never stole from anyone yet was merciless killed like an animal. The police was nowhere to be found in that case...The very same sniffing Dogs were there yet never used to help searching for Chisango (Zanu Pf murder).

All these greed and hypocritic Zim cebrities were quite like they didn't existed. They never stood up for the justice of innocent woman dying for the good and the very best interest of the same suffering Zimbabweans who are being used like condoms by these Zanu Pf political entrepreneurs.

All the monies being donated by Madam Boss, Mai Titi etc to the illeged victims like Mai Livingston, are Zanu Pf funds being used to manipulate, blind and brainwash the very same suffering Zimbabweans' consciences from the killings of innocent opposition activists, Zec electoral manipulation,looting and plundering of national resources by Zanu Pf. You will see some people driving new cars, buying stands and expanding their businesses just sooner than you think and our poor braimwashed Zimbabweans will think that Madam Boss has been blessed by God for her Good Deeds🤔. So sad.

Wake up Zimbabweans and stop being used to major the minor and minor the major that really determine your existence and the future of your children.

This Livingston issue must be investivated and scrutinized very well Zimbabweans.