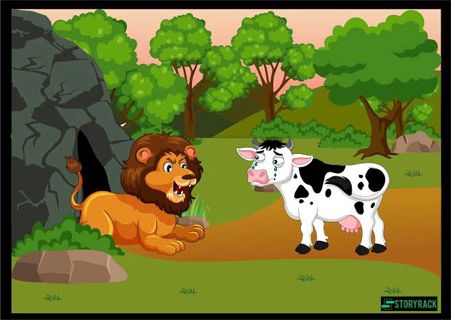 Sometime in the distant past, there lived four cows in the woodland.

Consistently, they used to brush together in a specific spot.

On one occasion a lion passed that way and saw the four cows.

The lion went close to the cows.

At the point when the cows saw the lion approaching them, every one of them battled together against the lion.

The Lion took off.

After certain days, the cows squabbled with one another and started to eat this way and that and in isolation.

This was seen by the lion.

The lion felt that its turn had come and came there.

The lion killed every one of the four cows individually.