DweezyBwoiWonder ropes in Nigeria Artist on his new single. 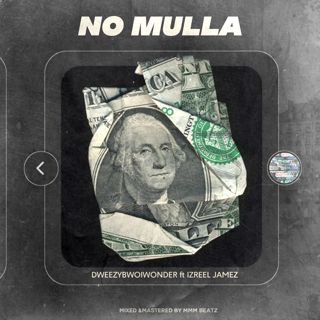 The elite rapper/producer tandem of DweezyBwoiWonder and IzreelJamez have linked up to release their new single, “No Mulla,” and also announced the title and release date of Dweezy's upcoming album, African King Speech’, which is due out later this year.

“No Mulla” is exactly what you’d expect from a collaboration between Dweezy and Izreel. Both are extremely skilled artists who also have talents on the mic, and this track exemplifies that. Gliding over the masterful production, Dweezy and Jamez take turns rapping about the fake love you get from the people if you poor in finance 'no mulla/money'. Jamez’s slick wordplay is paired well with Dweezy’s club-bouncing beats and cadences, making for a song that’s built for the club or the moshpit.

“No Mulla” also comes with news of DweezyBwoi's upcoming album, African King Speech’, which will be executive produced by the iconic rapper. DweezyBwoiWonder also shared some shots of him with the album title on social media.

African King Speech’ is set to arrive right as summer starts to get in full swing, and based on the energy “No Mulla” has, it’s safe to assume the rest of the album will be laced with addictive beats and several enjoyable moments.