DO YOU KNOW WHAT HAPPEN TODAY IN THE PAST?

The below paragraph tells about the FIRST WOMAN TO FLY ATLANTIC، MEXICAN EXECUTE CORRUPT EMPEROR and NAPOLEAN BEATEN IN THE MIRE OF WATERLOO. with detail information about the three major topics held in the past today with the reference of (on this day.) 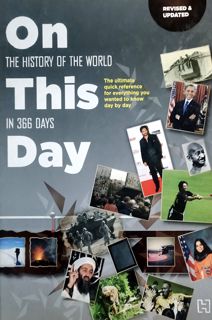 Do you know what happen today {14th of June} in past.

In the year of 1928, A 30-year old Amelia Earhart became the first woman to fly the Atlantic when the tri-motor FRIENDSHIP, in which she was a passenger, landed at burny port today. Miss Earhart, the daughter of a railroad attorney and graduate of Columbia University, is employed as a settlement either in Boston. Aviation is a passionate hobby with her and she is a very accomplished pilot. A plucky girl, Miss Earhart holes to make a solo flight across the Atlantic herself one day.

Here's the short story of the first woman who approached the Atlantic in the year of 1928.

Nepoleon beaten in the mire if Waterloo.

1815 British and Prussian forces under the command of the Duke of Llington and Field Marshall Blücher finally defeated Napoleon in a hattle at Waterloo , in Belgium , today. Fighting started at about Bam, and raged ferociously all day. Initially Napoleon's 74,000 men 26 guns were pitched against Wellington's army of 67,000 men and 156 guns, but at 1 pm Blücher's army arrived to join the fray.

The legged state of the cornfields made combat conditions even more palling. Soldiers fell dead and dying at every turn and soon mutilated les were thick on the ground. Napoleon's first decided advantage was ined at 6 pm, when Wellington's position fell into his hands. But the Duke kept a cool head, quickly readjusting his lines and fortifying his tom centre. The desperate fighting was ultimately concluded by a th - Prussian victory. The total number of casualties on both sides is ated to be around 62,000.

In the year of 1867 Despite universal appeals for mercy, Emperor Ferdinand Maximilian Joseph was executed by firing squad in Mexico today. Born in Vienna, the brother of the Emperor Francis Joseph and Archduke of Austria, he accepted the crown in 1864. The position was created by France following its invasion of Mexico in 1863. Financially and politically he was wholly dependent on France, and Mexico opposed him from the start. He further antagonized the country of Mexico by his outrageous extravagance and the inefficiency of his corrupt. intrigue - ridden administration. In October 1866, Maximilian fled the country with the intention of abdicating. Persuaded to return, he was soon arrested and court-martialled.