Some dead people themselves come to tell their death.. It is reported by few people that they have seen the diseased just before and could not believe he has gone. Such one story is being told here. 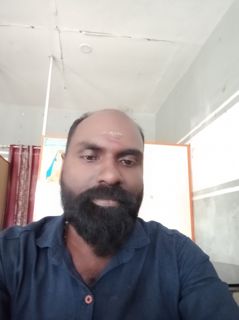 Jayanthan (Story) ################### Jayanthan is a young man. But a strange character. He lives in the forest. Jayanthan goes to the forest in search of honey. Jayanthan knows every tree in the forest. Those who regularly tHekking in the forest will even name each of the large, distinctive trees. Those names are famous among them. For those who walk through the jungle for miles, those trees and the rocks of the forest are 'signs and addresses'. If you are lonely, if you go astray, any hill you climb up or if your eye move like a parachute and look around, they will find the 'signs'. Jayanthan knows every tree. I was amazed to hear the address of the vibrator standing under the horned stone and leaning against the sloping achilles. For Jayanthan, the height of the trees was not an issue at all. Just watching Jayanthan climb up the trees sixty or seventy meters high will give us our feet a shivering. But that height is a rip-off for Jayantan and the size of the tree just a joke !!

But Jayanthan is not going to the forest recently .. Now he is afraid of tall trees ... !! Whatever it is, it's a story !! When he goes to the forest, carry some wheat flour in a bag and a bowl and a glass. Some salt. The journey can sometimes take two or three days. Then, in a small aluminum pot, bring the water to boil. Water when boils, put the rolled wheat into the water. Wheat is ready in ten minutes. Then wash the pot and make black tea in it. No matter how many days he stays in the jungle, Jayanthan's food is just that. Take food in any of the leaves.

Cross the river, climb the forest, climb the rocks, hang on the wild vines growing on the rocks, and walk. The goal is to extract honey. Jayanthan is extremely careful in such journeys. The sound of birds, the wind. He could quickly see the difference in the way it was or even the smell of the forest. Smell is very important in the forest. It is very important in the forest to be able to identify many odors, such as elephant dung and the stench of poisonous snakes. That is Jayanthan's lesson. Once he was walking through the woods. The journey is in search of honey. He wore an old shirt, lungi and a knife in his hand .. a bag on his shoulder. Sometimes looking motionless. That pose will remain so for some time. If he see a bee flying somewhere in the sky, he will look closely at it. Then goes out after that fly. Jayanthan knows that if he goes in the direction of fly in the forest, he will get honey. Then, not looking at the ground, but paying attention to that fly, he quickly goes through the forest. Sometimes slips .. it doesn't matter ..

So, he followed a bee and walked through the forest. He pushed the leaves away, cut down the stumps that stood in the way for a long time, and walked away.

Jayanthan stood near the rock. Then Jayanthan saw an acquaintance on the rock .. Neighbor Madhavan Chettan. In his hand was an old sack folded and with a rim. He was resting on that rock. A beedi was smoking. So many people come to the forest. Tribes who extract honey and sell tamarind, other fruits and roots plucked from the forest. Jayanthan does not spend much time talking to such people.

Hei .. where are you going?.. Madhavan Chetan asked. I'm seen a honeycomb down the devil's hill. Jayanthan replied while looking to see if any leach had climbed on his feet.

"The tribe heard the sound of an elephant.. He said me that there was an elephant under the mountain."

The elephant has come down from the devil's hill ... be careful ...

What do you do here? Jayanthan asked back.

Oh .. I' got a tamarind with full of fruits under the big tiger tree .. I'm going to pick some tamarind from it.

Jayanthan heard a voice in the distance listening to it he put his ears in attention. He listened for a while looking in the direction that fly has gone..

And he said to Madhavan,

Come on ... I'm going that way too .. When he did not get an answer, Jayanthan looked around. He is not on the rock. Madhavan Chettan, he saw, drowned in the thick leaves of grass and undergrowth after being told that ..!

Jayanthan saw the grass in the distance and Madhavan hid in the forest.

Jayanthan remembered with a doubt, after saying that there is a tiger tree and Madhavan Chettan is going there ... then why did he go that way? ah .. let it be somewhere....!!

Jayanthan cleared the forest and walked again. On the way there were snails, worms, white ants and ants. Occasionally blinks. Jayanthan reached a distance of ten meters from the tiger tree. From there he looked at the tree. Madhavan Chettan said that he would come here to pick tamarind. There is no tamarind here. He looked at the tree with suspicion. Tamarind tree that grows up to the sky. His eyes searched to see if there was a huge 'cake' hanging somewhere on the horns. Jayanthan walked again. As he approached the tree, he smelled a strong odor. Like something rotten .. He covered his nose

He reached the base of the tree.

He saw a trembling sight there. Someone is lying. He approached. It was Madhavan. His body was starting to rot. That's what spread the strong smell .. It's been at least three days since he died. When he climbed the tree, he fell down ... The pegs of reeds were stuck in his body ...

Jayanthan's arms and legs started trembling .. his nerves were paralyzed ... He turned and ran. Somehow he got home. Then he did not go to the forest. The tall trees and the darkness of the forest filled him with fear. When he sees high places and trees, in his ears, Madhavan Chettan's voice always makes thunder ..... The elephant has come down from the devil's hill ... be careful ... Biju Thekkedathu