This is a story of a girl who lives for her dreams but needs to adjust every time because of social pressure. This poem is about her journey of becoming strong and fighting with all her passion for her dreams. 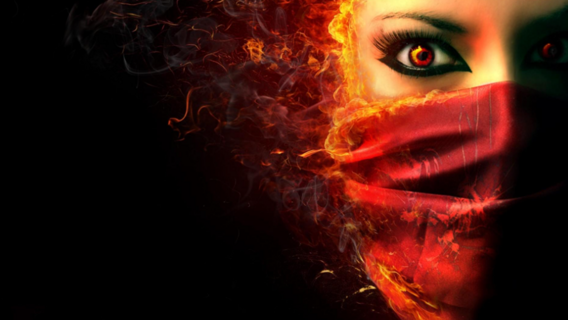 Once ago; there was a Phoenix.

With a golden skin, always shining.

Did he get it as a god's gift or

Made by people to fake him.

From a childhood with the praise,

Phoenix was grown in a bunch of crazes.

Appreciation of everyone became his tag,

He forgot the golden shine; enchanted by the tag.

Everyone said, "He is born to shine";

He is a phoenix, who's destined to be proud.

No matter what; he should get appreciated.

Getting used to the appreciation

He gave up on his judgments.

he wanted to have a peacock's colorful feather.

One day; in broad sunlight,

A hunter came to hunt him;

Realized no one is with him.

He closed his eyes and called to god

Got enlightened with the power he had.

He fought with his fiery weapons; gold feathers turned into the fire;

The realization of his new skill boosted his confidence.

Started thinking over his thoughts.

He started thinking about what he wanted.

Childish him thought to himself,

People will praise his every stake;

Shared the future plan with his mom and dad,

But got refusion and suffering in the hand.

But the socialized Phoenix

Couldn’t go against the rhythm;

Gave up on his emotions.

It was his 1st death.

This Phoenix is quite a bit tough.

Managed to get back his lost emotions.

But again he had to give up on them;

This was counted as his 2nd death.

An optimistic Phoenix stood up again.

With a new dream and the old pain

Maybe the sufferings were not over yet,

Social appreciation and certifications made his 3rd death.

It was enough to suicide, for someone else.

But since he's Phoenix, how'll he just end?

This time he got recovered very soon;

The 3rd death let him know why this all ended soon.

The gold shine he was having was indeed a blessing!

But he never cared about it because of people's praise.

He realized the truth behind the biggest lie; and how people are selfish!!

They'll praise you only when you'll fly as they wish.

Now for this time; he really made a suicide.

Threw himself in the Nirvana fire and started overthinking.

Days and night, inside the chamber; while suffering through burning;

He overthought a lot; and got a clear mind.

This time; was the real death of Phoenix;

Death of all the doubts, pains, and sufferings he was holding!!

After throwing himself into the fire of Nirvana;

Finally, he found his true worth and purpose in life!!

With the confidence and a new glory;

He got out of the cocoon, with a great twist!!

With gold shine, shining brighter than before;

Phoenix was destined to be the king of birds!!!!

What he needed is a strong belief.

He was better at being himself;

Just the world couldn't see it.

Why does Phoenix live alone?

No one can stand such suffering;

And that's why the crown is one.

Rather than being a normal bird with praise by society;

He chose to be alone accompanying and accomplishing his own dreams!!!

Our life dreams are the crown!! which is only and alone.

Let's see; how many of us can stand Nirvana and suffering.