The poem is about the current state of Nigeria and what it's citizen are facing. 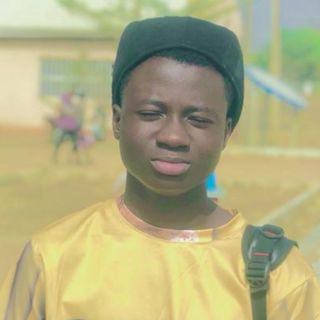 Nigeria the land our fathers fought for

is now a place where ours leaders are reaping from.

The masses are been exploited by thesame people they elected into power.

The youths are now left with no jobs.

Graduates are forced to become thugs and criminals all because they have no other means of survival.

Nigeria has now become the survival of the fittest.

The masses are used as tractors for ploughing and farming the land while the politicians sit back and await the rich harvest.

The politicians feed themselves to stupor on the national cake and the masses are forced to scramble for the crumbs and droplets from the table.

We gave them many chances but they failed us.

And when we cry for justice they kill us like dogs.

It is painful to say that the gorillas are now working while the crocodiles are eating it all up.

The minority now have their way while the

majority no longer have a say.

Democracy has been rendered void and destitute.

Feeding from hand to mouth has now become the ordeal of the common man.

The people have become so gullible and myopic that corruption and bad governance has become unfightable.

The people have been bamboozled for way too long.

The economy of the country has virtually crashed.

The educational system has been wrecked.

Life and properties are no longer safe and secure.

Insurgence is now the order of the day.

But The Good news is that there is still a sparkle at the end of the tunnel.

The people still have a chance at redemption.

The time to right our wrongs is near.

It is time to wake up and unite.

It's time to refuse any form of bribery and vote buying.

It's time to get our pvc and vote the leader who will take us out of this Egypt.

It's time to take over our rightfull place.

It's time to do the right thing by voting because our vote counts.