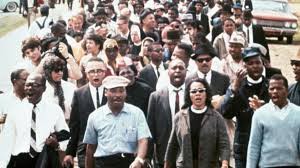 When I came out as a black at birth, I needed to act like the man next to me, unfortunately, I got burnt without a stitch. Now my paths seems worthless and the roads ain't straight anymore.

The world now is full of hate and the hearts of men dries up in envy. Men now rehearse with you, joke with you, sought memories with profanity and lurk for your blood while hoping for your downfall. At the time of creation, men were brewed to be lovers of all creatures around them. "Why then is man acting the other way?" It is disheartening, killing, sorrowful and appalling man has no care for man anymore. Although, every man owns a life and life owns every man. The day the ground request for one, we cannot but answer the call. Once the call is taken, the worries end, the rage stops, the hatred dies, the good deed stops and wickedness ceased. The world is changing fast as the time remains unstoppable. How grotesque it is that friends turn to enemies, families break up, nation's are at war and nothing is safe anymore.

The end of the road is now hard to see and the next sign hard to read. The books we read are not the real but the thoughts of our hearts and the intent of our souls are what we need to heal. Before the wind bruise the heel, men will feel the coolness of the breeze and live with the zeal of his cause. We were taught men are pencils in the hand of the creator. *How come, pencils fight pencils instead of working together*? *Why then is a pencil feeling worthless when it's artistic moment is yet to arrive?*

Well, the answer is in the hand of the creator. The one whose creativity is without racism. He has us designed in an artistic manner, which is far more than that of Michel Angelo. It is true in the race of life, every man has a path and the link to men's destinies are of different directions. This has purge not to thread the path of any man, neither allow any to thread my paths. At the end of all, every man shall stand and give an account of how he lived his life and not neighbors talking for neighbors nor mother speaking for daughter.

To have a thorough breakdown of this issue and to give a conclusion of the whole matter, the brotherly love at creation is broken, the brotherhood tie is no longer tightened. Men now mend the hearts of men with shackles, we no longer imbibe the loving spirit of our great progenitors. We mock ourselves when we fall and envy lives when they move forward. This will bring nothing but a curse from the one who created us for a purpose. If the connection, love, affection and feeling birthed from the first man can no longer keep us moving, then each man is at the door of the grave. We survive by grace each day and pray to see the next. The ones out there hopes to see us down, the ones inside doesn't want us moving forward.

This is what we shall do. "Let us keep far from the rage of man and pray to God for utmost safety. Let us remain sacronsact to the word that created us and hope our lives now and next to come purview the goodness of our Creator.

Peace to every man who sees this✌️❤️