Can You Develop A Tolerance to Shrooms?

Possibly, you can use small doses a few times per week. It helps to build tolerance, and thus, there is a necessity to increase the dosage. 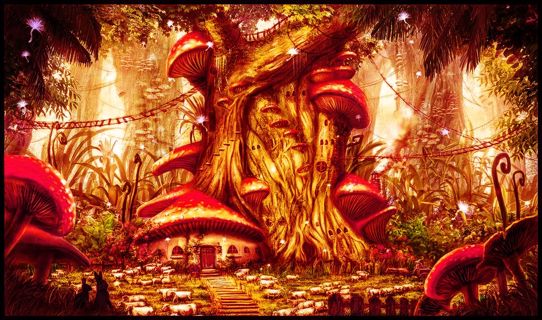 It is possible to develop tolerance to shrooms in ways that are unprecedented. It does not matter whether you had it a day before or not—once tried again, the brain senses it anew and will surely react. Psychedelics do not regard whether you are a psychonaut or a newbie on the trip.

What a Psilocybin Tolerance is

Psilocybin tolerance is a medical term that refers to a person’s response to the shroom effect. Interestingly, medical dictionaries define it as the declining manner in which a substance user’s body responds to substance use such as psilocybin when consumed repeatedly. It is notable because there is what medical practitioners refer to as desensitization to the resultant effect of certain drugs when used from time to time. To simply put, when there is desensitization to any substance, further use of it will require a higher dose of the product to produce the same effect as the initial experience.

Alcohol and opioid tolerance are pretty popular among several other substance tolerances. It is noteworthy that to get the same experience continually, they need a higher dose of the same substance. It is pretty different from psilocybins—it is presumed to have low abuse index and is unlikely to be addictive. The intense experience from psilocybin which could be psychologically and physically challenging can cause users to reduce their intake of the substance.

Another apparent reason for psilocybin’s non-addictive tendency is that from study, the human body quickly builds tolerance to psilocybin. It means that users need much higher doses after only a few days of continuous use—the effect diminishes after about five days of constant use. Drug Policy Alliance gave this report—a non-profit organization aimed at extant drug policy reform and harm reduction.

Interestingly, there is still a lapse in the study of psilocybin tolerance. There is especially a lot to uncover regarding the effect of psilocin on the human brain. Meanwhile, psilocin is the psilocybin metabolite that gives off the psychedelic effect. According to psilocybin experts, the tolerance to psilocybin is more of questioning the period of the last trip because building shroom tolerance in the long-term is not specific as the fungi have a powerful effect on the users’ experience. Convinced by Michelle Janikian, author of the book, Your Psilocybin Mushroom and an editor of psychedelics today, psilocybin tolerance can build in the short term because one can’t finish a shroom trip and decide immediately to enter another. On the flip side, Canada Mushrooms delivers the best and is a go-to place to buy shrooms online. Perhaps if you want to maintain a good tolerance with unadulterated shrooms, you can choose us.

How Does Tolerance to Shrooms Work?

Tachyphylaxis is the short-term shroom tolerance developed when a reiteration is done shortly after the last shroom trip. On the flip, exploring psilocybin over a constant day sequence will not deliver the results you are expecting, even if the dosage increases every time. Studies were conducted to ascertain the answers on tolerance and psilocybin, but they are not enough. Meanwhile, research works on LSDs can be quite educative related to psilocybin. Well, the scientific body of literature surrounding shrooms and LSDs proves that both of them affect the same receptors in the brain (5-HT2A)

These receptors are also known as the “Serotonin receptors” because they respond to serotonin (a neurotransmitter). Research works on LSDs reveal that these serotonin receptors will react only to drugs or a particular type of drug to a certain degree. There is a decline or reaction unusually. It means that anytime the brain is opened to the first dose of psilocin, tachyphylaxis kicks in. The brain becomes suspended for a while without responding to further triggers, no matter the chemical compound. Researchers are still in various studies to know the reason behind this phenomenon. Tolerance also sets in when attempting to trip on LSDs after a shroom trip.

Interesting to know that from past research works, there is cross-tolerance between all drugs or substances that interact with the serotonin receptors, such as LSDs and Psilocybin, Mescaline, and Psilocybin. Janikian reports that in retreats where there is the usage of shrooms, there is a stipulated break of at least 24hours or more between trips, while for her, the span could be several months. These breaks allow the receptors to accept and respond to psilocin stimuli again. Furthermore, it provides a further recalibration after the previous experience, which may have emotionally, physically, or spiritually taken a substantial toll on the trippers.

Buy your amazing shrooms online at our dispensary.

Persistence of shrooms in the body system

Shrooms’ effects may typically last between four and six hours, entirely based on the amount used. Its product becomes traceable within the space of forty minutes after use though the peak signs extend till around two to three hours later. At the peak of the trip experience, the effect starts waning, and the trip gradually approaches the endpoint. However, psilocybin gets filtered out of the entire body system within the space of 24 hours.

Do you want to buy shrooms Canada and other psychedelic products.

Appreciative of the kidney, there is a quick metabolism of psilocybin, and it is relatively fast compared to other substances like cannabis and excreted quickly also. It means that shrooms do not stay long in the body system— two-thirds of it leaves the body with the first three hours of consumption. However, it is normal to feel uneasy for the first three hours after the trip or even days. Meanwhile, if the psilocybin drains out of your system, the brain is reset to an average tolerance level for shrooms, and it doesn’t mean that you are ready for the next trip. It is because mushrooms are potent, and the user may still experience some after-effect feeling on the following days after the shroom experience.