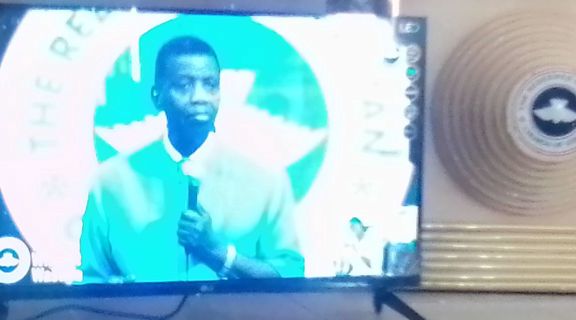 The General overseer of the Redeemed Christians Church of God, Pastor E.A. Adeboye has said that, people should not distract his attention from his callings. This he said today during the monthly thanksgiving of the church when he was reacting to the article that was making round on social media and others channels of media communication that he probably has a favourite among the aspirants contesting for the 2023 Presidency position. According to the man of God, he said that he was called by God to be a pastor not a politician.In his words "I need to get this clear once and for all, my assignment is to pray for you, pray for the Nation's, including Nigeria. My assignment has nothing to do with partisan politics. Don't distract my attention". The G.O said that he has never said that people should vote for a particular aspirants and he will never said. He said that the RCCG is a big family that has all the representatives of all the members of the political parties in the country. Therefore, there is no way he can say that a particular aspirants should be voted for. In his words "I have never told you that this is the fellow you should vote for. Have I ever said that one whether in the secret or in the open, never?. I have never said this is the party you should belong to. I have never said that and I will never say it. You know why? In the RCCG, every party is heavily represented.". He said is not a politician but a Pastor. I am the father of all and I like it that way. He said that all the citizens should go and get their voters card and vote for their prefer candidate as it's their Civic responsibility to do that. He said that he doesn't know yet wether there is going to be an election in 2023.

He however, encouraged the Christians to pray very well because due to some of the problems that are yet to be identified in the our nation. He lamented about the spite of the insecurity in Kaduna State,as people can not go to the state for now either by road, Train and Air due to the fear of the insurgency that can attack you. Also, the man of God lamented about the stolen crude oil that is being stolen and taken away to another country as the people involved are causing economic lost to the nation. In his words "More than 80% of our oil we are producing is being stolen and nobody has denying it. It came from government. That leads me to several questions. Number one, who is stealing the oil? Number two, where is the money going to? He said 80% of the money that supposed to be going to the purse of the nation is going into the hands of some few people. What do they want to do with the money? That is questions number three. Question number four. Who are these foreign nation buying this stolen crude oil? Question number five, how many of these nations are your friends? He said that all these are the reasons why he is not thinking of 2023 because there is a lot to deal with. He also said that our country is gradually going bankruptcy due to the heavy foreign borrowed debt that is upon the nation. In his words "It's open secret. It is in the news.That more than 90% of the left over of the proceed of the oil that we get. We are chosen it to pay the interest of the money that we borrowed". He said that we are borrowing more and this mean that the country is heading to bankruptcy.