The Haunted House Have you ever been trick-or-treating when you came upon an old house and wanted to explore it? Well, I’ll tell you a story about five kids, Jake, Zach, John, Bob, and Sean, who did it. They were trick-or-treating in their neighborhood, going door-to-door, when they came upon an old house. “Let's go in,” Sean said. Everybody said they would. They started up the walk. The grass was overgrown, and there were a couple of broken windows. They got to the door, and it opened by itself. They went inside. They had flashlights with them, so they turned them on. The house was covered in cobwebs. They saw a sign that said, “Beware,” and it was pointing up to the second floor. They decided to go upstairs. When they got there, they saw a hallway with three rooms. One room had an old bed and a dresser. The second room was a bathroom. The third room was a sitting room. When they entered the third room, someone said, “Hello.” All the boys screamed and ran downstairs. When they we 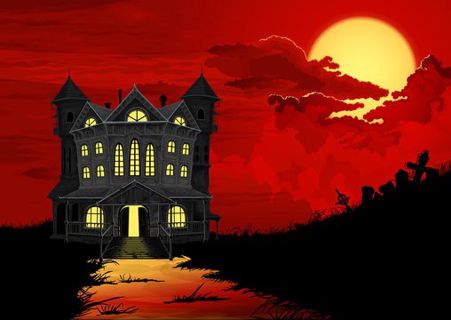