My Hidden King (salute to all the Father)

Story of a great father who died in Cancer. A retired police officer who refuse further promotion because he's afraid to be assigned away from his family. Decided to retire early but hit by sickness. He didn't enjoy much of his retirement period. His plan to retire early just to be with his family was suddenly taken away from him. A model, a hero, a mentor, a king... Snappy salute to all the fathers... 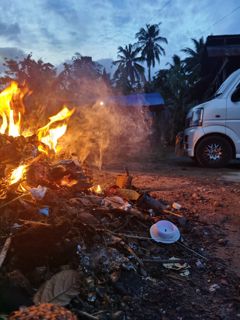 A man with honor,

A legend and conqueror.

An incomplete version of a complete king,

A true man, a finest being.

A young servant who made his choice,

Leaving his place by following the voice.

Voices of dreams eager to achieve,

With a heavy feeling, his parents watched as he leaved.

Having a family and a member of a police team.

As Sons and daughters became the ultimate reward,

He Decided to let go further promotions and stop on moving forward.

As he reach the golden age of his journey in life,

He wants nothing but supporting his loving wife.

At the time of his sickness he never over request.

Thinking that the welfare of his seeds than his needs is still the best.

As his young body began to deteriorate,

I can't hear any exaggerated complaint.

A true man more than of a complete being,

Rest in peace my Hidden King.