Struggles as a single mom

Being a single mom while struggling is very hard. Sometimes based on the situation uts hard to even get a job or go to school when there is no physical support. If someone steps up to help you then you start to feel useless you try to find purpose. No matter what you still have to figure out the meals for tomorrow the plans to keep the kids happy. The children see you being a great mom but they dont see the struggle and thats how u can tell youre doing fine but is it good enough . 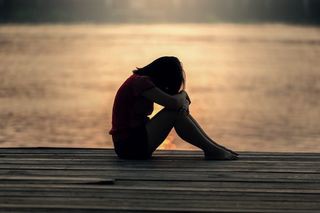 Jenny was 3 years old when her dad took her from her mom with the hopes that she having a better life. She was raised by close relatives, she was very smart happy and she was amazing. After 8 years she started talking about her mom and how she would love to stay with her mom. Coincidentally her mom came looking for her and left with here where they started a life in a different location. Jenny had to adjust a lot to the people at school the environment her family that she of course was never close to. Jenny finally went to high school but her mom noticed a change in her behaviour. Jenny would lock her self up in the room and cut herself but she couldn't talk to her mom because of the life her mom lived. Jenny's mom Sandra partied a lot always came home drunk and hardly seen no attention from her mom nothing. So her mom decided to take Jenny to the doctor because Jenny was far off her normal behaviour and she was a little concerned, she figured since her daughter wont speak to her maybe she might speak to the doctor. But still Jenny said nothing to the doctor, then the mom decided to talk to the police. So Jenny was put on counselling where the police would talk to her often to help her out and also get answers for the mom. This is when everything turned upside down when Sandra learnt that her daughter was raped by her friend Kim. Back in the day Kim and Sandra travelled and shop together. The police then called Sandra and discussed what was going on with Jenny the moment she heard the bad news she broke down and cried because it hurt her so bad that her daughter was going through all this alone while isolating herself.

Jenny was laughed at people sent dirty remarks at her people insulted her without a clue of what really happened she took a lot of pressure. On her way to school she would sometimes cry or miss school sometimes the kids at school from her community would send her comments which she got really frustrated this went on for year's. Sandra left the country 3 years after the incident and at this time Kenny was left to stay with her aunt Bailey. Bailey treated Jenny really bad Jenny then dropped out of high school because there was no guide for her and she felt that she was lost and hurt by her own family. Jenny got kicked out at 25 years where a friend of hers name Miguel helped her and he was also recently kicked out by his family before meeting her the 2 had know where to stay when he decided to speak to his grandmother who gave them a house to stay. Jenny and Miguel started a relationship where Jenny guy pregnant 6 months later things got even worse from there.