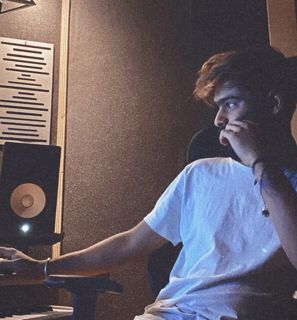 Life is not as easy as you think. Road to success comes with lots of Bumps. You have to pass every hurdle with care to survive in the competition and stay on the way to success. Some remain on-road, and some don't and give up their dreams in halfway.

We spot one Punjabi talent who is no afraid of failures. Every hurdle in his life has given him new hope and energy, even to work harder. Similarly this young lad Fame Muzic is a well known music director in industry.

But as we say success never comes so easy. Fame Muzic started his career in 2011 but he got recognition in punjabi industry by 2016 with song Pehla Akhar by Uday Gill. He worked with well known artists whom we listen to on our daily basis.

He gave melodies to various song such as

There were many ups & downs in his career but he never let his hopes down. He stayed motivated and worked harder than the last time to overcome his failures. Fame Muzic coming up with more music and melodious song in future.