A second attempt to evacuate an estimated 200,000 people out of Mariupol has come to a halt amid ongoing hostilities. Missile strikes have destroyed the international airport in Vinnytsia. More than 3,500 people have been detained at anti-war protests in Russia. The Red Cross says the situation in Mariupol is extremely “dire”. Mastercard, Visa and American Express announce they are suspending operations in Russia. Ukraine’s foreign minister tells US counterpart his country needs fighter jets and air defence systems and says NATO’s refusal to implement a no-fly zone over Ukraine is a “sign of weakness”. 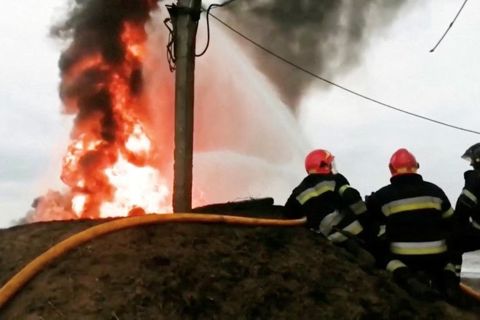 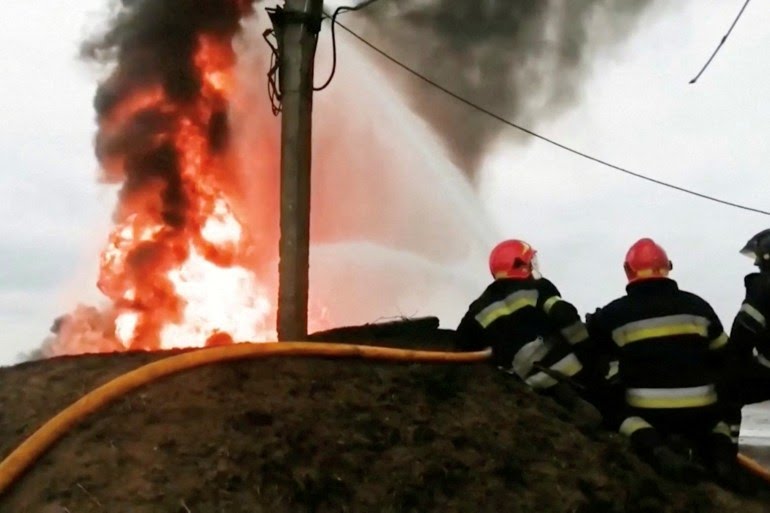 The Havryshivka Vinnytsia International Airport has been hit by missile strikes. [State Emergency Service of Ukraine/Handout via Reuters]