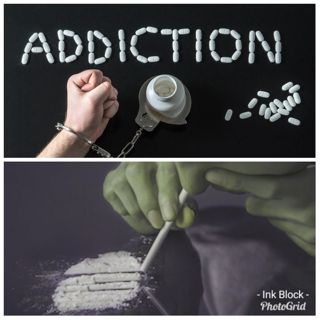 He leaped out of the house into the street, to smoke and take in drugs, till one day he got addicted, nothing else matters to him apart from drug. His addiction to drug led him into the street, he worked for people, cut grass, throw away garbage to support his hobby. After his encounter with Christ, he told his story.

My name is Junior Mata and I’m a drug addict. It was 3P.M., August. 4, 2021. I was in the western part of Paynesville, Liberia, accompanied by two friends who also had the same hobby, namely, Fedasco and Wilson. It was cold with a good atmosphere. I felt very sick and needed a fix as possible. While we waited for our connection to buy drugs, my friends and I talked and exercised in an effort to warm ourselves up a little. As for myself I was very sick. Tears rolled down my face, mucus ran down my nose, I had cramps in my stomach and felt cold chills running up and down my body. Those were the symptoms that accompanied me for almost 8 years while I was addicted to drugs.

Those cursed drugs were destroying me little by little, and left me bankrupt materially, physically and spiritually. All of a sudden my friend said to me, “J. Mata, let’s go”. Here comes the hallelujah.

My friends took off, leaving me alone. I felt a touched on my shoulder, and when I looked sideway I recognized one of the youths. “God bless you”. His name was Ray and there were times when I had shared drugs with him. He was addicted to drugs as well, but on the occasion he seemed transformed. His clothes were clean, his face was shining, his hair was cut, and his greeting left me amazed.

I couldn’t believe it. Dozens of questions ran through my mind. I was really surprise at the change in this guy. It was a reality that I couldn’t ignore since he was standing right there in front of me.

He preached to me, telling me about the love that God had shown us through his son, Jesus Christ, who died on the cross at Calvary, because of love and for salvation of all men. I told him that everything he said sounds beautiful, but neither religion nor church is for me. But, if this Christ you’re talking about is as powerful as you say, then pray for me and ask him to change my life. If he takes away my hobby, I’ll go to church with you. I remembered walking and reaching the pastor’s house. When we arrived, the pastor came running out to greet me, I was really very impressed with the love in which he did it with me. I thought about my past and how miserable my life had always been. No one cared about me. It didn’t seem to matter anyone if I was dead or alive. During this time I walked the street and lived alone in old abandon houses. I always felt sad and couldn’t care less about my personal appearance. Nobody was ever glad to see or interested in how I was doing. Because of this I was very impressed by the way the pastor greeted me.

This man of God wasted no time. As soon as he met me he began preaching to me. After speaking to me about 10 - 15 minutes, he asked me if I wanted to accept Christ as my personal savior. I answered him that the only reason I followed Ray was so that he could pray for me. The pastor had faith and confidence in the lord. He told me, to get on my knees right away because he was going to pray for me.

I got on my knees and the pastor and his family the two youths started praying for me. I noticed right away that some of them began crying and pleading to God for me. This really moved me and gave me the strength to pray for myself.

I promise God, saying, “Lord, if what Ray told me is true and if you can honestly change my life, or if there is anything you can do for me. I ask you please, help me, I promise to serve you and visit the church if you take away my hobby”.

I started feeling a sensation of health and life; it was something unexplainable. I don’t believe that I’ll ever have words to explain what I went through that day. I could feel how all my pains and vice symptoms, including smoking, regular cigarettes, completely disappeared. I felt that though my lungs had expanded and I could breathe freely for the first time in my life. What I was living in that instant told me that’s true, Christ lives and will gives life to all those who receive him. God performed a miracle that day, and free me from my sins and all of my vices. Praise his holy name! I stopped being a slave of the devil and was converted into a servant and son of God.

Sin and drugs are the beginning of the end, but Jesus Christ is the way, the truth and the life. Come back to life, give yourself to Christ.

His story was sad, touching, and emotional, that people around could fell his pains and what he went through in the life of worthlessness. But there is time for everything, the sooner you realize the kind of life you live, the better for you.

By: WRITTEN BY: JELVIN S. GIBSON