A person who sets up a business or businesses, taking on financial risks in the hope of profit. "many entrepreneurs see potential in this market" 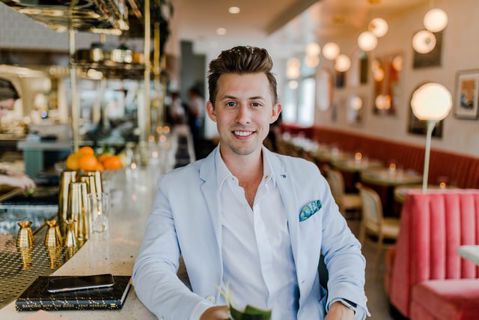 Guilt, guilt, guilt. Guilt is a terrible feeling and is often self-inflicted by creative entrepreneurs, especially during the holidays.

Most people who work for themselves say they chose to do so because they wanted to “control their time.” People who value time over money, recognize that time is a precious commodity that cannot be created, bought, or borrowed. You have to use it wisely or else it is gone.

Having the luxury to control how, with whom, and where you spend your time is one of the bonuses of working for yourself. So, why is it that an overwhelming number of female entrepreneurs also say they feel guilty when they are not working on their businesses or with a client between the hours of 9 am to 5 pm?

To be truly happy and successful as an entrepreneur, you must break the corporate-created walls of time and learn how to set your day according to your needs and the needs of your clients. There is no law chaining you to your desk eight hours a day between 9 am and 5 pm.

Here’s my advice: stop feeling guilty about when you are working and when you are not, and ditch the idea of playing by rules set up by other organizations. Make sure you benefit from the freedoms of entrepreneurship and maximize your time by performing regular activities such as food shopping at off times like 10 am on a Tuesday or having your teeth cleaned at 2pm on a Monday. You will spend less time waiting in line, you will be less stressed, and actually have more time to devote to your clients and other activities, then if you went on a weekend or during a busier time.

Of course, be sure to take a day or two off completely during the holidays to go gift shopping, ice-skating, or for decorating your home. Give yourself permission to enjoy your life and do something for yourself, even if it is on a week day between nine and five. You deserve it.

Studies have shown that successful entrepreneurs possess these characteristics:

This is that magical power of having confidence in oneself and in one’s powers and abilities.

Results are gained by focused and sustained effort. They concentrate on achieving a specific goal, not just accomplishing a string of unrelated tasks.

They realize that there is a chance of loss inherent in achieving their goals, yet they have the confidence necessary to take calculated risks to achieve their goals.

Entrepreneurs are people who will make decisions, take action, and think that they can control their own destinies. They are often motivated by a spirit of independence which leads them to believe that their success depends on raw effort and hard work, not luck.

So which of these three main characteristics is the most important? Believe it or not, it has to be self-confidence. Without self-confidence, nothing else is possible. If you don’t believe in your abilities, then the first challenge that arises may knock you off the path to achieving your goals. Here are a few things to keep in mind for maintaining a higher level of self-confidence.

Well, it all starts with a positive attitude, doesn’t it? Believing that something good will happen is the first step. Negative thinking simply is not allowed. You must truly believe that there are no circumstances strong enough to deter you from reaching your goals. Remember too, that positive thinking can be contagious. When positive thinking spreads, it can open doors to new ideas, customers, friends, etc.

Now all of the positive thinking and believing in the world is useless if it is not applied towards a goal. You have to take action, no excuses are allowed. This action must also be persistent. Trying once and then giving up is not going to be enough. Keep at it one step at a time. If you can’t get by a certain step, then find a creative way to try again or just go around it.

At the beginning of this article we identified a few traits that are common among successful entrepreneurs. You should be able to look ahead and see yourself where you want to be. Now just maintain a strong belief in yourself and your skills, stick with it, and don’t give up. If you can do that, you’re already half way there!.

Like every entrepreneurial mom, two of the top priorities in my life are my family and my business.

My Story. I have always been a driven person. I knew what I needed to do to earn my next promotion. I took every class and seminar that I could find to help me get ahead. When I was in my early 20’s, all my colleagues were men in their 40’s. If I had kept going, I would certainly have reached upper level management.

My desire and drive for status in the corporate world came to a screeching halt on a day in late 1993–the day I became Jackie’s Mom. That day, as all Moms understand, my priorities dramatically shifted. Life was no longer “all about me”. I wanted to spend as much time with her as I could. Suddenly work and school were unimportant. I began looking for opportunities to work from home or for good part-time jobs.

It is not easy to juggle business and motherhood. I do not claim to be an expert. After Jackie was born, I spent several years in the corporate world not realizing there were other opportunities for me. While I worked full-time, my constant concern was that I was missing everything while my child was in daycare for 11 hours a day. Because I know children are only little “for a short time”, a cloud of overwhelming sadness was constantly hanging over me. In my efforts to overcome this concern, I was fortunate along the way to find several excellent part-time jobs, and I even job-shared for a year. I have actually only worked full-time for half of my daughter’s 12 years. Yet it still never occurred to me that I could leave the security of a corporate job to have my own business.

Thankfully, the entrepreneurial bug bit me in late 2002. I now have my own business, and I love every minute of it. I am much happier and I am able to set my schedule around my children’s important activities and, on occasion work with them beside me. I recently sat at breakfast with Jackie and asked her when she has been happiest with my work schedule. She too was happiest when I was able to take her to school and pick her up myself and attend all her important activities.

My husband, Terry is about to begin working in my business full-time, too. While we are looking forward to being together more and working together to help build our business, this will be a major life change for us. Our son Cole (age three) is currently in daycare for three part-time days each week. Last week we discussed some of the adjustments we will need to make with Terry being home more. We made the commitment to juggle taking care of Cole and working in the business the remaining two days a week for the next two years until he starts kindergarten. We know it is best for Cole, that this time is a special time to be with him, and he is worth it.

To be a successful entrepreneur you are going to have to learn to deal with failure. There is no way around it. Thomas Edison tried over ten thousand different experiments before he finally demonstrated the first incandescent light bulb on October 21, 1879. Bill Gates’ first company was a failure. Michael Jordan was once quoted as saying: “I’ve missed more than 9,000 shots in my career. I’ve lost almost 300 games. 26 times I’ve been trusted to take the game winning shot; And missed. I’ve failed over and over again in my life. And that is why I succeed.”

In my short stint as an entrepreneur I’ve failed more times than I can count. I have also had my share of success, but it’s not even close to equal. The failures far outweigh the successes, and I’m sure I have a lot more failure ahead of me. I’m OK with that because I know that as soon as I stop failing, I have stopped trying to innovate. It’s the nature of the business of being an entrepreneur, and of success in general.

If it were easy, everyone would do it. It is naive to think that every good idea that you have will result in a successful business venture. I have yet to hear an entrepreneur say “every single idea I come up with seems to work.” More likely, you hear something like “I failed at my first five businesses before this one took off.”

Think about that for a second. Five businesses. Sometimes the number is three, sometimes it’s 20, but the important point is that most entrepreneurs don’t hit a home-run with their first company. It really does amaze me – how many people have the stones to fail five times and still start a sixth business? You have to be supremely confident and treat those previous five times as a learning experience for the sixth. And if number six fails, you have to do the same and move on to number seven.

In my opinion, the most important thing is how you deal with failure. Once you accept that it’s inevitable, you are able to learn from your mistakes and move on. It’s easy to let the failure consume you – not so much because you are pessimistic, but more so because it is hard to see something that you poured your heart and soul into be ignored or rejected. As soon as possible you need to come to the realization that your business is what they are ignoring or rejecting, NOT you. The sooner you do that, the sooner you can objectively analyze why you failed and learn the things necessary for improvement in the future.

Failure isn’t easy and is extremely frustrating, but it’s a necessary part of success. Don’t believe me? Ask Thomas Edison, Bill Gates or Michael Jordan! Ok, asking Thomas Edison might be a little tough, but you get the idea.