A young man name kenzuo was a normal boy who grew up on orphanage, everything was normal when a crazy situation happened. 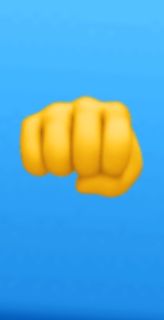 Kenzuo was staring at the ceiling,while his two little hands was up in the air.This last for a while, before he put them down and started to scan the room.

"It still early in the morning,since there's nothing to, might go to the bathroom and brush my teeth."

Kenzuo said before he stand up,and walk out of the room.He look around for a while, before he found the bathroom.Entering the bathroom,Kenzuo find a chair and then put it infront of the mirror after that he stand on it.

Looking at himself, Kenzuo couldn't help but touch his little cute face.

"I'm surprised,that i have a cute face."Kenzuo said,while staring at himself dumbfoundedly.

After 5 seconds of looking at himself,Kenzuo manage to composed himself,and he started to brush his teeth.

While brushing his teeth, Kenzuo heard a mechanical sound that startled him,he might even fall if he wasn't able to hold on the bathroom sink.

[ Conqueror system found a certain strong soul that have a qualifications to be system host! ]

Kenzuo was surprised and said in amazement"Oh,so the system that i had wish was already here.So fast!"

Kenzuo said, before he put down the toothbrush and drank a glass of water.He mouthwash it for a while, before he spat it out.

Kenzuo got down on the chair,and he took the chair out of the bathroom.And then he put it back on the kitchen,since it was still early, Kenzuo walk towards the sofa and sit down on it.

He decided that he needed to know what kind function of his system have,just like in novel,did it have a losing brother punishment.Which is Kenzuo couldn't ignore,if he were to lose his little brother then where he would pee on the future,and besides wouldn't he be a eunuch if he didn't have a brother.How can he have a daughter or son,if he didn't have his little brother.

When Kenzuo heard this,he couldn't help but be nervous on what will happen next.

"Wait!what?i thought it will be something like mission.System may i asked what kind of benefits will i have on this system?"

[ Host it have a benefits,which is it's gift pack.Does the host want to extract the gift pack on it? ]

"There's such a method?well if you can extract what is valuable then extract it!"

Kenzuo said in amazement,he didn't expect that the conqueror system have a method like that.

[ Does host want open a gift pack that came from creator of all?]

Kenzuo take a deep breath,and release it.He said with a smile "Open it!"

Kenzuo make a big smile,it seems that he reaped many rewards today.Still he was surprised by many rewards, minute later he manage to composed himself.

Before can even Kenzuo finished his sentence,the mechanical voice of the system rang.

[There's a voice message with the gift pack from the creator of all,does the host want to hear it?]

Kenzuo said,since the gift pack really did give him a generous rewards.

Creator of all:Yoh,young man this is the creator of all.Like i said enjoy your life out there,and live in the fullest.There will be some of surprises out there,and don't worry about the privacy,since i won't watch you over here.This leaves you to be free like a bird, that's all good bye young man.Let's meet agai- i mean we aren't gonna meet again,since you have an immortal body.That's all bye young man!]

"Surprises?what does he mean by that?anyway system what happened to the child on this body?"

When Kenzuo realized something,he suddenly asked the system with a worried tone.

"So that's how it is?"Kenzuo said as he sighed in relief.

[Host just triggered a mission:Find where you have been transmigrate or reincarnated at?"Where in the world am i?"

"Oh,i see it's a none punishment mission."

Kenzuo said with a sigh of relief, it's good that the mission didn't have a punishment,since he didn't know what in world he was and the creator said it was a supernatural one,maybe twilight movie or something.

This what Kenzuo thought,and the mechanical voice of the system rang again.

[Ding! Does the host want to restore this past child memory?]

"There's a memory on this child? alright,then restore it!"

After Kenzuo said that,a cool burning sensation crawled over his head,and then a lot of memories entered on his mind making him feel dizzy for a while.

"So his parents past away 2 years ago,he was only 3 years old at that time.And this child was actually smart,since he wasn't able to entered yhe convenient store he's been using his cuteness to some random aunties to buy him some food."

Kenzuo said with a light smile,but what could he expected from a program child.After that he stand up,and walk towards the kitchen to get some glass of water.He drank it.

"I need to know,in what world am i?"Kenzuo said before he put the empty glass on the table and then return to the sofa.

Since it was still early,Kenzuo decided to take a rest for a while.He close his eyes,and then go to his paradise.

Morning sunlight hit the face of a kid,he have white hair and a cute face.The kid flinch,must be because of the sunlight,he slowly open his eyes and then got up.

"Oh, it's already 7:36."Kenzuo said while looking at the clock,after that he stand up and took his hood.

After that he look at the sunlight,and slowly a cute smiled appeared on his face,making the passing by auntie in awe.

"Time to gather some information,in this world.And i'm already sure for one thing and that is...'this world was modern' "Kenzuo said with a smile before he started to walk.