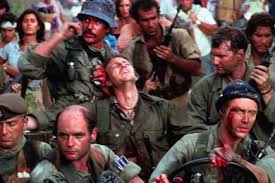 Is there really going to be a war? A sign of World War III?

A pro-Russian militant group fighting government forces in eastern Ukraine claimed on Thursday that it had been shelled again by government troops.

Russia wants to claim that "Ukraine started it first.

It seems that Russia wants to claim that "Ukraine started it first. There is a possibility that agents are stirring things up, but no one can prove it. I was a teacher in the US and have many friends in the US. I tend to look at things from an American perspective. However, from Russia's point of view, it would be a nightmare if a neighboring country like Ukraine joined the hostile NATO and deployed missiles.

Even Japan would not be able to sleep peacefully if South Korea formed a military alliance with China and deployed missiles aimed at Japan. In the U.S., when the Soviet Union tried to bring missiles to Cuba, President Kennedy showed that he was willing to go to war and made the Soviet Union give up (the Cuban Missile Crisis). It is not unreasonable for Russia to think the same way, but I guess it is okay for me but not for them.

It seems that Mr. Putin and Mr. Xi Jinping are planning to meet many times to form a joint anti-American front. This means that at the same time Russia invades Ukraine, China may invade Taiwan. If that happens, the U.S. military will have to split its forces in two. It is possible that China will first hit the US military in Okinawa, which is an eyesore, and then invade Taiwan.

If that happens, Japan will be drawn into the war. We can no longer say that Ukraine is a "fire on the other shore.

If I interviewed every single Russian and Chinese, they would say.

I think they would say, "My life and family are more important than territory.

So why do we go to war? So, why are we going to war? When I was a child, I really wondered.

But when I apologized, like in some countries, I was told.

"See, I admitted my fault. Give me the money!

"We have no choice but to crush them.

As long as there are countries like that, the only way is to crush them. Humans are stupid, aren't they?