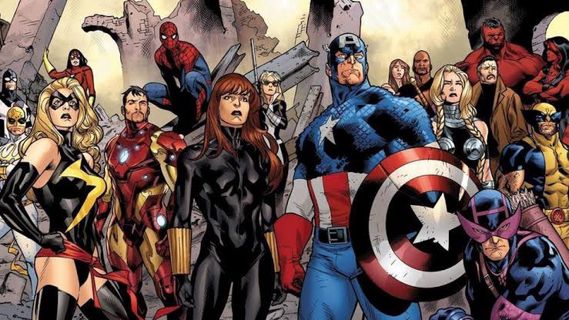 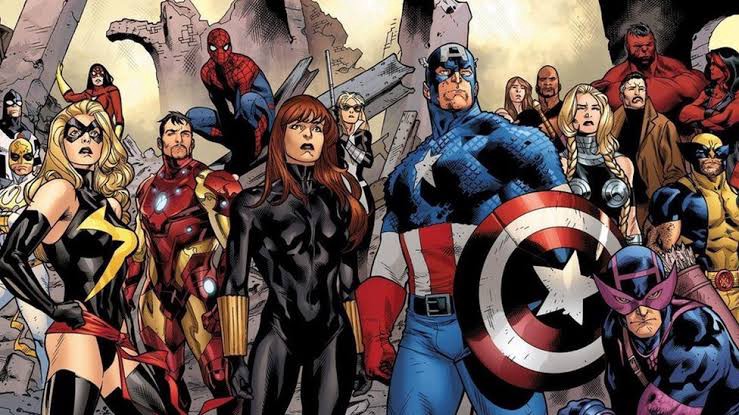 But it is not just the iconic comic book characters themselves who have much to live up to.

Whether it is drawing Spider-Man slinging his way through downtown New York or a pensive Batman perched atop a Gotham skyscraper in the dead of night, the illustrators behind those famous faces must pull off their own daring mission.

So just what is it like drawing much-loved characters that are recognised the world over?

It's always both exciting and daunting," admits illustrator Sean Phillips, who has clocked up spells with publishing big-hitters Marvel and DC.

"I've been lucky enough to get to draw almost all my favourites I grew up reading.

"Getting to draw Spider-Man professionally was a big thrill. It took me right back to drawing him for fun when I was eight.

"Most of the preparation comes from having read hundreds of stories with these characters over the years."

Phillips, whose lengthy CV also boasts Marvel Zombies and Judge Dredd, says the weight of expectation is always felt - especially following in the footsteps of artists such as David Mazzucchelli, whose work on titles such as 1987's Batman: Year One he credits with "redefining" the caped crusader.

"Having thousands of people seeing my drawings puts you under pressure not to mess it up.

"You can't help but be influenced by what has come before. I take what I like best and use what suits my style of drawing.

"The trick is to make it the best Sean Phillips version of Spider-Man. Over the years that can change, though, and I probably wouldn't draw him today the way I did 15 years ago." 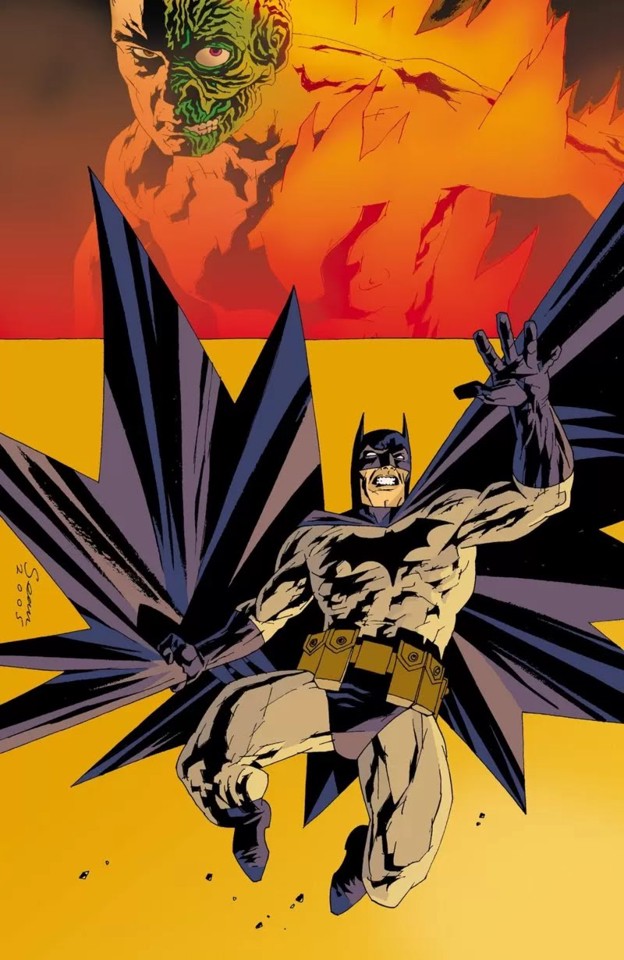 The 50-year-old, who lives in the Cumbrian market town of Milnthorpe, will be one of the star names when the Lakes International Comic Art Festival takes place in Kendal this weekend.

Now in its third year, the festival will once again showcase exhibitions of artwork alongside panel discussions and workshops by acclaimed writers and illustrators.

Canadian Stuart Immonen is also on the bill. He too has been enlisted by both Marvel and DC, for titles including Ultimate Spider-Man, Superman: Secret Identity and The Mighty Thor.

"Some of the characters I've worked on have been around for more than half a century," he says. "It falls to reason that what seemed modern or new in 1939 or 1969 would not necessarily fly today.

"However, even if a character is considered a well-established brand, there's a fair amount of leeway given as long as the aggregate broad strokes - Superman's 'S' or Batman's pointy ears - are adhered to.

"Unlike in animation, where many hands must follow a strict model in order to provide a seamless audience experience, in comics each publication is considered to be the work of the individual or small team and therefore unique. I suppose I'd even go as far as to say it's encouraged.

"Finding the tone of the story is paramount. If the script is comedic or absurd, I can draw that way. If it's naturalistic or noirish or fantastical I can do that too.

"My style has almost everything to do with the kind of story being told and little to do with any character in particular."

In a world where social media now enables fans to make clear their views like never before, a new take on a familiar face can potentially be a minefield.

Immonen is aware readers have strong feelings, but is not swayed by such concerns.

"Naturally, I acknowledge that the characters - and the creative teams on them - existed prior to my own involvement and I recognise even the most minor one has fans.

"So it is incumbent upon me to try to bring to life in a current way that quality which gave the character such popularity. That said, I try not to let history weigh too heavily.

"I'm not on social media. I'm not scared of it, I just don't have time for it. But if I were to try to please every person with an opinion on Twitter I wouldn't get very much done." 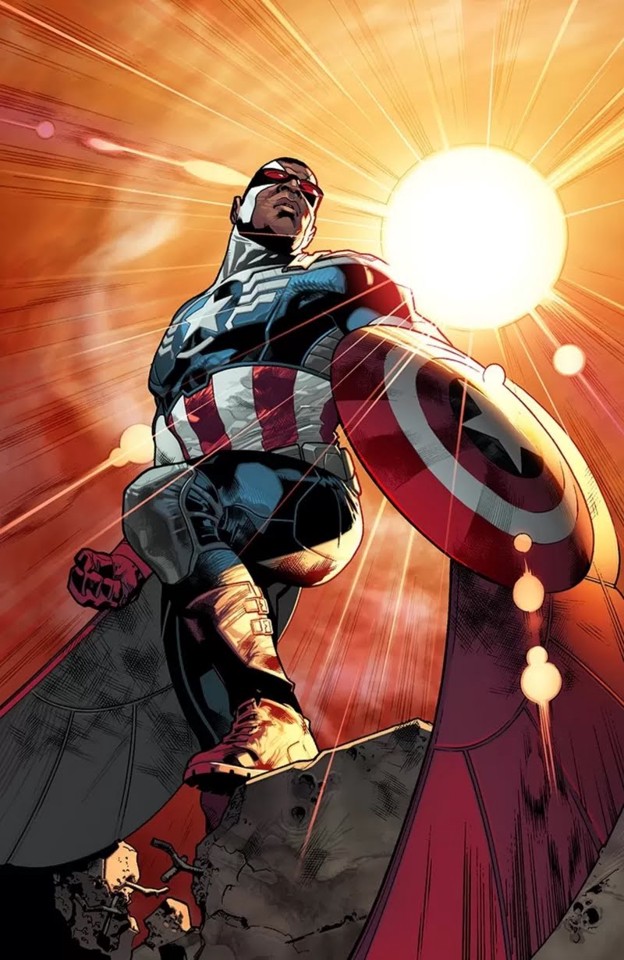 The 47-year-old was responsible for helping put a new spin on one of the most well-known comic book creations when 2014's All-New Captain America saw Sam Wilson (previously superhero The Falcon) don Captain America's red, white and blue costume, which had been worn so heroically by Steve Rogers.

Recent years have seen a growing number of non-white comic book leads, such as Wilson and Miles Morales - a half-black, half-Latino teenager introduced in Ultimate Spider-Man in 2011.

"In a situation like Miles Morales, or Sam Wilson as Captain America, the writer and editor have already worked out what they want to do.

"It's a story matter and not one exclusive to art. Like any form of entertainment, comics inevitably reflect the time in which they are created."

Such character revisions and adaptations are a key strength of the medium, according to Dr Mel Gibson, a comic book expert from Northumbria University in Newcastle, who will also be appearing at the Lakes festival.

"There's been quite a large shift in recent years in relation to revisiting characters," she says.

"The Marvel Now! series is looking to attract younger readers and provide characters that are ethnically different or gay, bisexual and transsexual.

"When I was growing up, stories informed me about political debate, but now the characters themselves do that.

"They reflect and try to initiate cultural change and shift ideas. Their potential for adaptability is what makes them an effective tool to comment on society."

So with decades of stories already published and many more to come, what does the future hold for Batman, Spider-Man and the other superheroes who leap off the page?

Just as Sam Wilson and Miles Morales have stepped into the shoes of famous forerunners, the characters will continue to adapt and grow.

"I'd love my version to become the definitive version," says Phillips, "but I don't kid myself that it will be."