US Treasury reiterates that the IRS won't consider crypto miners, stakers or coders to be brokers 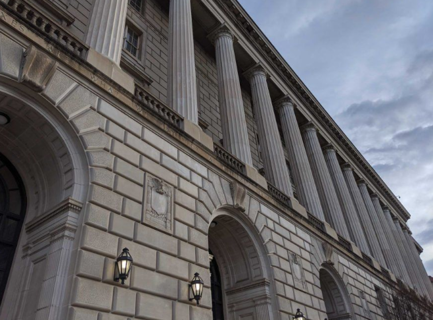 In a letter to a group of senators, the Treasury has said that it does not plan to treat miners and stakers as brokers for the purposes of tax reporting.

The concern comes after the Infrastructure Bill left such determinations up to the Treasury.

In a February 11 letter seen by The Block, the Treasury reassured six concerned senators that it did not plan to treat crypto miners, stakers and wallet providers as brokers for tax purposes.

"Existing regulations impose broker reporting obligations only on market participants engaged in business activities that provide them with access to information about sales of securities by taxpayers," the letter reads.

The Internal Revenue Service (IRS) requires brokers to keep information on the entities that they transact for. In crypto, the issue cropped up as a result of a new reporting rule that became law as part of last year's Infrastructure Bill.

The rule seemingly defined every servicer involved in facilitating transactions for digital assets as brokers. proved to be a major sticking point as the Senate debated the infrastructure bill.

Login Get News+ Get Research

Join 20M+ users globally on the world’s leading social trading platform. Trade $100 and get a bonus $10 for a limited time.

US Treasury reiterates that the IRS won't consider crypto miners, stakers or coders to be brokers

Get Your Crypto Daily Brief

Delivered daily, straight to your inbox.

The letter went to six senators, Cynthia Lummis, Mark R. Warner, Rob Portman, Kyrsten Sinema, Pat Toomey and Mike Crapo. The six were involved in efforts to change the crypto reporting language in response to privacy concerns, as well as the technological impossibility of a crypto miner keeping information on every party and transaction they validate.

The Treasury seems to be on board with the views of the senators, saying that:

"They are consistent with the Treasury Department’s view that ancillary parties who cannot get access to information that is useful to the IRS are not intended to be captured by the reporting requirements for brokers. For example, persons who are just validating transactions through a consensus mechanism are not likely to know whether a transaction is part of a sale. And persons who are only selling storage devices used to hold private keys or persons who merely write software code are not carrying out broker activities."

However, this letter is several steps removed from formal guidance, which will likely require several rounds of proposals, public comment and revisions to formalize a final tax reporting policy.

Meanwhile, crypto taxes remain a notoriously foggy area, with most legislation that addresses the subject struggling to make it out of committee.