My personal opinion on what love should be or what it is. ❤️ 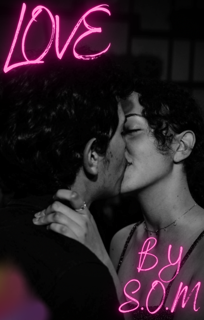 “If I know what love is, it is because of you.” — Hermann Hesse.

“LOVE” happens when ur hearts are the same

It comes and goes yet one long train

To some it’s a hurry big whites no

To some it’s a all black cold 🥶 plane

And to some it’s just monetary gain

Yet you lie this day

Not with me but your p miss may

Things shake a little and you just won’t stay

Or hurt me by the things you say

A gamble never sure, so rigged

You think you’re not in yet so reeled

But you’re blessed enough to have had it

Cus some people go their whole lives without it.

On you when you most need it

Hit you when you least expect it

But it’s not something you’ve got power over

“LOVE” can be tricky

“LOVE” can be picky

“LOVE” robs your sanity and can make u feel shitty

When being denied it can make you drunk

When not given it can make eat junk

Makes you cower sometimes like dude get some “spunk”

When given and received right it loosens you

When scarred by it, it thickens you

With the hearts just right it brightens you

Once knew a lover boy who never got loved

Funny as it sound but he’s feeling’s got toyed

Him spending night and day still never got poor

Always in the DM’s, my g never got bored

Always calling but he never got called

At first thought my g was a fool

But he was just this kind of person so cool

Feminine mannered he didn’t have to go to school …… lol

Sent me a vn explaining his state

Said he’s been played, lied too and his feelings led to waste

Was like g it’s night all your rants can wait

He said, I’ve I ever sent som like this late

Had his head filled with her like “hold up wait”

How long has this been for??

I said g you are already sprung “No way”

He said Abi when all this hard guy no pay

Said he went to see her in may

But every thing sweet turned bitter that day

Said he wanted to surprise her as usual

A neighborhood in the heart of Lagos close to local

Said he was In love so he went “OH wow”

Got to her side said he called and called

Stayed in his car said he honked and honked

Said he waited a while then he knocked her doors

The door was unlocked

Her pants bra, man’s cloth on the floor

Only for him to catch her in bed with her ex

This ain’t made up but facts you “feel that”

Just letting y’all know what’s up you “dig that”

“LOVE” is more than words and text “check that”

So next time before you use the word “LOVE” a

Be careful so you don’t turn the wrong knob

The pain threshold in humans are not the same

Some when disappointed their eyes rain

While some grow old and cold via the pain

So make sure your intentions are straight and plain.

Before you make use of the word “L.O.V.E” again.